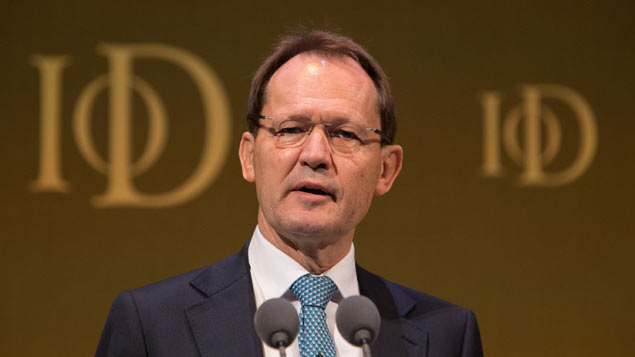 "We can’t sugar-coat this, many of our members are feeling anxious," said Simon Walker/REX/Shutterstock

A quarter of companies will impose a hiring freeze after the UK’s decision to leave the EU, a snap poll by the Institute of Directors (IoD) has found.

The IoD surveyed 1,000 of its members, revealing that one-third would keep hiring at the same pace, and 5% would cut jobs.

Employers will face “years of uncertainty” after Brexit vote

HR implications of a Brexit

One in five (22%) are considering moving some of their operations outside of the UK, the poll found.

The weekend’s headlines have already revealed that HSBC plans to move up to 1,000 staff from London to Paris if the UK leaves the single market, while on Friday it was suggested that investment bank Morgan Stanley could move around 2,000 roles from London to Dublin or Frankfurt.

Simon Walker, director general of the IoD, said: “Businesses will be busy working out how they are going to adapt and succeed after the referendum result. But we can’t sugar-coat this, many of our members are feeling anxious.

“A majority of business leaders think the vote for Brexit is bad for them, and, as a result, plans for investment and hiring are being put on hold or scaled back.”

Chancellor George Osborne made a statement this morning in a bid to calm financial markets, emphasising that until Article 50 of the Lisbon Treat is invoked, which triggers the country’s formal exit from the union, “there will be no change to people’s rights to travel and work”.

Other banks could consider relocating positions if the current “passport” arrangement, which allows them to do business across Europe without separate authorisation from individual countries, is lost.

Responding to the vote in favour of Brexit on Friday, Samantha Hurley, operations director at the Association of Professional Staffing Companies said: “At this early stage, there is little detail on how Brexit will affect the regulation of the professional recruitment sector.

“However, this result brings the possibility that the Agency Workers regulations, and other inappropriate EU-derived legislation, could, at some stage, be reformed.”

The largest proportion of respondents (40%) to the IoD’s poll said their preferred arrangement outside of EU membership would be a bilateral free trade agreement, similar to the EU’s recent deal with Canada.

A smaller number (28%) said that they favoured joining the European Economic Area, whereby the UK would still be bound by EU social and employment regulation, and there would still be free movement of people.