Prime minister Theresa May’s aspiration for employers to have more workers in boardrooms appear to have been thwarted by organisations reluctant to pursue the policy, a new report has found.

The Local Authority Pension Fund Forum (LAPFF), the UK’s leading shareholder engagement group with combined assets of more than £230bn, found that an overwhelming majority of companies will give a non-executive director responsibility for representing workers to comply with the new Corporate Governance Code, rather than appoint a director from the workforce.

Just 5% (two companies) told researchers they would appoint a director from the workforce, while 27% opted for a workforce advisory panel.

Theresa May, as she prepared to take the reins as prime minister in July 2016, pledged to make it mandatory for companies to include worker representatives on boards. She said “The people who run big businesses are supposed to be accountable to outsiders, to non-executive directors, who are supposed to ask the difficult questions,” adding that in reality there were drawn from “the same, narrow social and professional circles” as the executive team, so the scrutiny they provided was “not good enough”.

The policy was sold as part of a package of measures that would also restrain executive pay awards and reassure employees they weren’t being left behind. The need for firms to publish internal pay ratios was also included.

In November of that year, however, May backtracked, announcing that the measures would not be compulsory, saying there were other ways of helping workers’ voices to be heard on boards, such as the appointment of non-executive directors. The u-turn attracted the ire of the TUC with general secretary Frances O’Grady stating: “This is not the way to show that you want to govern for ordinary working people.”

Under the code that emerged after the prime minister’s change of heart, companies were given three options to comply – put an employee on the board, a designated non-executive director, or/and create an employee panel. The options within the code are not detailed regarding their application so there is likely to be wide variations in how they are implemented, according to the LAPFF.

The report, bluntly titled Companies Choose Not to Appoint Employees on Boards, found that the most common reason given by companies not to include workers on boards was the size of the workforce. Some firms said their workforce was too small while larger organisations said it was impossible for one employee to represent the entire global workforce. Conflicts of interest, creating a distraction and potential delays in decision-making were other reasons cited by employers.

A lack of innovation in workforce engagement was also identified by the report, which it said “is particularly disappointing given that no respondent to our survey considered the changes would be negative for the market or their company”. 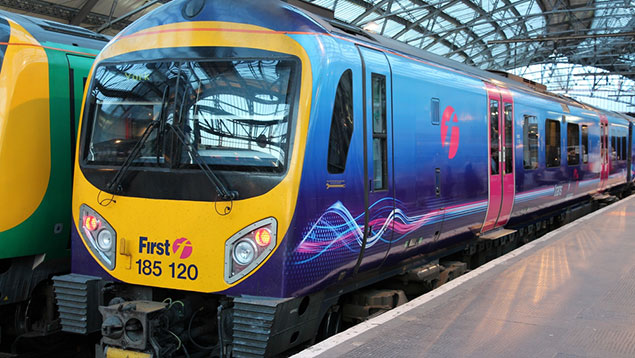 Cllr Paul Doughty, LAPFF’s acting chair said Theresa May’s plans were “radical”, despite workers on boards being common in most EU countries for many years. But, he added, “companies are overwhelmingly taking the safe option of giving responsibility to a non-executive director. Companies have fallen well short of the prime minister’s original pledge to give workers direct representation and shake up corporate governance. Companies’ response shows a disappointing lack of innovation and imagination.

“It is surprising that so few companies couldn’t find a way to represent workers more directly than giving responsibility to a non-executive director. As boards get used to the idea of worker engagement we hope to see more innovation in future.”

For the LAPFF, stakeholder representatives can offer important checks and balances to board discussions and decision-making. It stated that as a long-term investor, it could see that “involving stakeholders in decisions can add a longer-term perspective, not least in ensuring a closer link to the social context in which the business operates. The Forum has not been prescriptive about the form representation might take. It has called for approaches that go beyond workforce engagement to participation in decision making.”

An editorial in The Independent pointed this week to ways that some firms had chosen to comply with the government’s watered-down policy. It claimed that Melrose, which recently took over aviation component giant GKN, “filled its panel not with workers but with the HR directors of the various manufacturing businesses it owns”.

It is surprising that so few companies couldn’t find a way to represent workers more directly than giving responsibility to a non-executive director. As boards get used to the idea of worker engagement we hope to see more innovation in future” – Cllr Paul Doughty, LAPFF acting chair

Also, international private hospital group Mediclinic, which is listed on the London Stock Exchange, appointed its former CEO Danie Meintjes to speak for employees in his new role as a non-executive director. “It’s hard to imagine a less appropriate person to serve as the voice of its workers than a company’s former boss,” the Independent commented.

Proposals to put workers on boards in the UK go back at least as far as the 1970s, when the benefits of Germany’s industrial democracy became plain to government ministers and some industrialists. Prime minister James Callaghan supported the idea, commissioning the Bullock Report which reported favourably on the idea in 1977, but a combination of opposition from individual trade unions (the TUC was supportive) and the CBI, saw the report kicked into the long grass.

The government’s diluted rules were contained in the revised 2018 Corporate Governance Code issued in July 2018.

All this would change, however, if Labour were to win the next general election. The party says it would force both private and public companies with a workforce of 250 or more to set aside at least one third of places at the boardroom table for worker representatives, with a minimum of two.

Many businesses would benefit from the injection of common sense that would come from worker representation. This is a lesson that we should learn from Germany.

Graduate and apprentice salaries shoot up in war...

Are you a ‘quiet quitter’?