Self-employed eligible for 80% of monthly pay 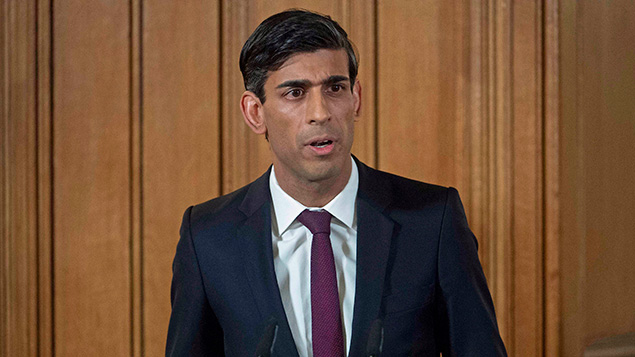 Chancellor Rishi Sunak has now unveiled measures to support self-employed workers who have been hit financially by the coronavirus.

Freelance workers will be eligible to claim 80% of profits, up to £2,500 a month, based on their average monthly profits over the last three tax years, he said.

The scheme matches the coronavirus job retention scheme announced last week for PAYE workers, which guaranteed to cover 80% of employed workers’ salaries up to £2,500 per month, backdated to 1 March. However, it is unlikely to be up and running until June, he warned.

Sunak called the self-employed income support scheme “one of the most generous in the world”.

He said: “I know that many self-employed people have been deeply anxious about the support available to them. You have not been forgotten; we will not leave you behind; we all stand together.”

He said that self-employed workers could access the support grant and continue to do business, and the scheme is only open to anyone with trading profits of less than £50,000 per year.

To minimise fraud, the scheme will only be open to those who have submitted a tax return for the 2018/19 tax year.

The chancellor said that drawing up plans to support the self-employed had been “difficult to do in practice” because freelance workers are such a “diverse population”.

The government has come under increasing pressure to announce support measures for self-employed workers, particularly after announcing stricter lockdown measures earlier this week. Many self-employed workers in fields such as construction have continued to head to work – despite being urged not to.

Until today’s announcement, options for self-employed workers consisted of applying for state benefit Universal Credit or claiming the equivalent of statutory sick pay, set at £94.25 a week. These options will continue to be available, Sunak said.

According to Stephen Barclay, chief secretary to the Treasury, up to a fifth of self-employed people are already on Universal Credit.

Adam Marshall, director general of the British Chambers of Commerce, told BBC Radio 4 this morning: “We just need a system in place very quickly to get help to some of these businesses, because so many of them are counting time in hours and days rather than weeks and months, they simply don’t have the cash to keep going for that long.”

“So whether it’s via bank records, whether it’s via the tax system, the Treasury has got to come up with something that enables cash to get to the front line for the self-employed and sole traders quickly.”

Sunak’s address regarding the self-employed also included a hint that they could lose tax advantages in future. He reassured freelancers that he was equalising their support with that of employed workers, but added that “we must all pay in [to the tax system] equally in future”.

4 Responses to Self-employed eligible for 80% of monthly pay