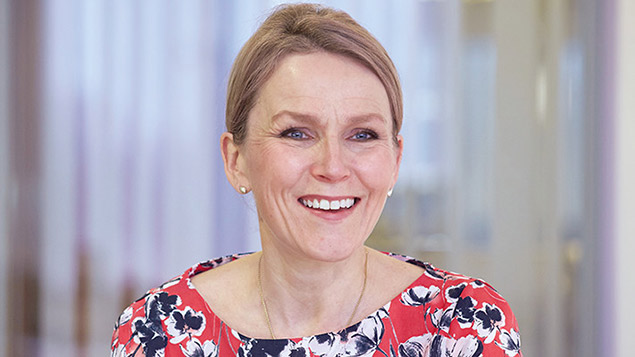 Alison Horner, chief people officer at Tesco, has been on the supermarket's executive committee since 2011. Photo: Tesco

A place at the “top table” has been the abiding aspiration of many a senior HR leader. But new research shows that HR professionals are increasingly having a presence on the leadership teams of the UK’s largest companies.

The fact that people-related issues are now a part of the mainstream business agenda means that HR professionals are, more than ever, taking a place at the top table of large listed companies.

KPMG said the findings reflect that senior HR professionals with broad business experience are becoming viewed as important agents of change by FTSE 100 boards. This is due to the “lightening-rod” quality of issues such as executive remuneration, senior succession, gender diversity and technological change.

Tim Payne, head of people and change at KPMG, said: “The days of begging for a place at the top table are over for those operating at the highest levels of the HR profession. CHROs are highly valued by board members, CEOs and executive committee colleagues as they grapple with a myriad of people-related challenges.

“The fact we are increasingly seeing CHROs recruited externally, with a higher proportion having multi-sector experience, supports anecdotal evidence that those at the top of the profession are increasingly viewed as a catalyst for change.”

Payne added that not all FTSE 100 companies are transparent about their executive committee structures, making it difficult to track precisely, but he felt the direction of travel is certainly towards more CHROs being represented on the executive committee.

“The increase in the proportion of female CHROs is unsurprising, due to the renewed focus on gender diversity in senior leadership roles of UK business. However, we would have expected to see a higher percentage increase over the five-year period, given the strong pool of female talent in the HR profession,” he added.

KPMG’s quantitative study was supplemented with in-depth interviews with 11 current FTSE 100 or equivalent CHROs. The panellists identified key skills they believed that anyone aiming to be a future CHRO will be required to develop, which included:

“Looking ahead, as technology plays an ever-increasing role in the workplace, the CHROs that are able to harness data to present evidence-driven approaches to people challenges will continue to earn a place at the top table.”