Christmas dinner under threat due to labour shortage 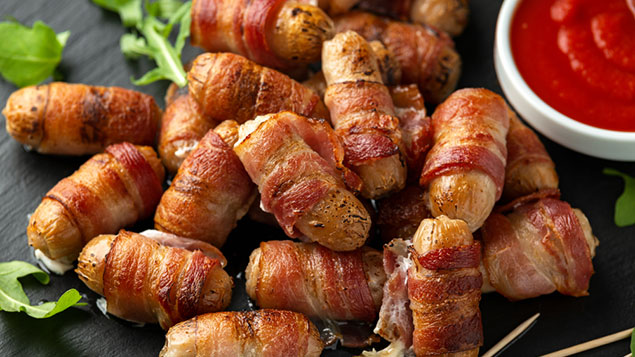 Labour shortages could impact the UK’s Christmas dinner, including “pigs in blankets,” after warnings from the British Meat Processors Association.

Tasks such as wrapping cocktail sausages in bacon are “fiddly and hard to mechanise”, according to BMPA chief executive Nick Allen. Around 60% of the workforce in British meat plants comes from other countries and employers face a shortage of seasonal EU workers.

Meat plants are often located in rural areas where there is low unemployment, while a sharp fall in the value of the pound has made it harder to attract and retain European workers, Allen told the BBC.

Furthermore, uncertainty around Brexit has meant that “the message coming out of the UK is not exactly welcoming”.

Meat processing companies are also having to compete for seasonal staff with other industries such as courier and delivery companies delivering Christmas orders and cards. Working conditions in meat plants – often because low temperatures are required to preserve the meat – also make it hard to attract workers.

The BMPA estimates that the industry employs about 75,000 people and is worth more than £7bn a year to the British economy.

One Response to Christmas dinner under threat due to labour shortage