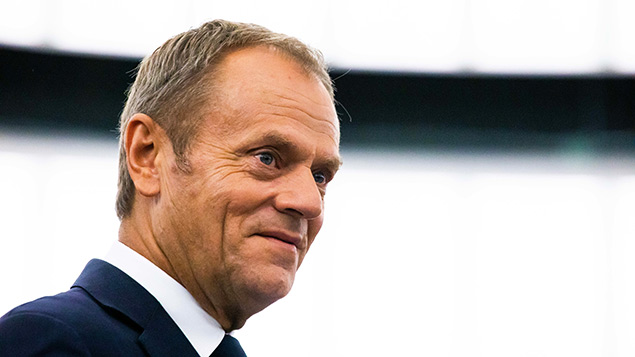 The UK will not leave the European Union on Thursday as planned after European Union leaders agreed in principle to delay Brexit until 31 January 2020 or sooner if the UK parliament passes the withdrawal agreement.

Donald Tusk, the EU Council’s president, said the EU27 had agreed to “accept the UK’s request for a Brexit ‘flextension’” and that the decision will be formalised in writing – by tomorrow or Wednesday according to an EU official.

Boris Johnson had said the UK would leave on 31 October “do or die” but was forced by the so-called Benn Act to write a letter to the European Commission requesting an extension. The act also requires him to accept the extension offered by the EU.

The EU27 has agreed that it will accept the UK's request for a #Brexit flextension until 31 January 2020. The decision is expected to be formalised through a written procedure.

The UK will leave the EU on the first day of the month following parliament’s ratification of the withdrawal agreement, the Brexit deal that Johnson has negotiated with the EU, or on 1 February 2020, whichever is earlier.

Later today MPs will vote on the prime minister’s  proposal to hold a general election on 12 December. The government has not ruled out an earlier date of 9 December which has been proposed by the Liberal Democrats and the Scottish Nationalist Party.

MPs have rejected two previous calls from the government to hold a general election.

The issue of what happens to workers’ rights is a central issue in the Brexit debate. Opponents to the deal say that, because the guarantees on workers’ rights have been moved from the legally binding withdrawal agreement to the non-binding political declaration, the government is planning to water down employment and trade union legislation.

It is understood that one condition of the EU agreeing to the extension is that the Brexit deal cannot be renegotiated.