Concern over frequency of racist incidents in armed forces 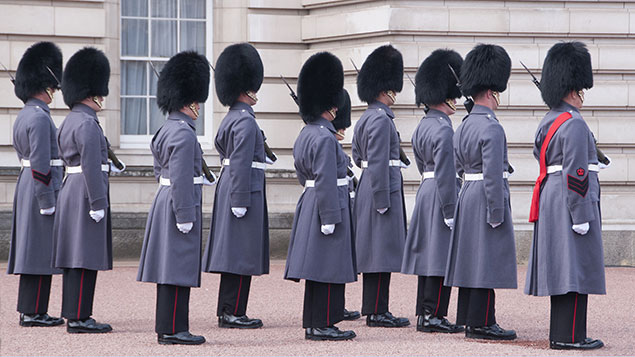 Racism is on the rise in the UK’s armed forces and concerted action is needed to curb it, according to the service complaints ombudsman.

Incidents of racism in the armed forces were “occurring with increasing and depressing frequency,” said Nicola Williams.

Working in the armed forces

The Ministry of Defence responded that it was committed to eradicating racism and that anyone found behaving in such a discriminatory fashion would be disciplined, discharged or dismissed.

Williams told the BBC that she would “not go as far” as to describe the Army as institutionally racist.

She added that she was waiting for the MoD to act on a number of her recommendations for speeding up and increasing the transparency and efficiency of the armed forces’ complaints process.

The 2018 edition of the ombudsman’s annual report, published earlier this year, highlighted that the service complaints system was not “efficient, effective or fair” but it did reveal that resolution of complaints was improving in all three services – in the Royal Air Force and Royal Navy in particular.

It also found that 33% of complaints were made about career management; 25% about bullying, harassment and discrimination and 15% about pay pensions and allowances.

The report noted that the ombudsman’s powers were limited and were “not of sufficient scope to effect the necessary change across parts of the complaints system”.

Nkululeko Zulu and Hani Gue, both former paratroopers, told an employment tribunal in September that they had been subject to racial discrimination and harassment which the Army had not taken reasonable steps to prevent.

The racist incidents included the drawing of a swastika and the words “F**** off” and “n*****” on photographs of the men at their barracks.

Judge Baty said the graffiti was “unquestionably related to race”, and the tribunal was asked to consider the steps the MoD had taken to prevent such actions from happening.

An MoD spokesman said: “Racism has no place in the military and anyone found to be behaving in such a way can expect to be disciplined, discharged or dismissed.

“We are committed to stamping it out and have a range of measures to ensure that this issue is tackled.

“This includes creating a new team to deal more quickly and effectively with complaints by service personnel of racism, shifting the culture of the armed forces so that everyone feels included, with even more emphasis on stronger leadership action and improved education and training.

“Earlier this year we published the Wigston Report to further address inappropriate behaviour in the armed forces.”

All military personnel should see the potential in every recruit and help end intolerance, said the UK's most senior officer today.