Employees on boards do not restrict CEO pay 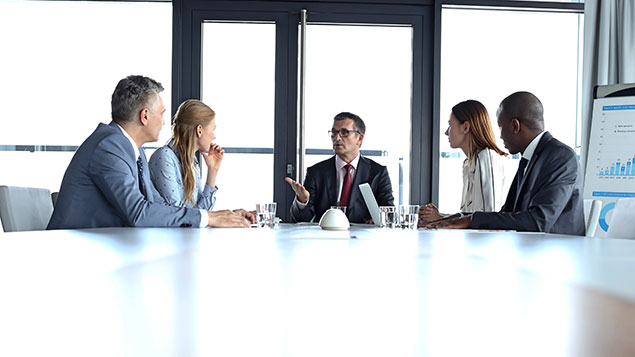 Having an employee representative on the board does not necessarily mean that a CEO’s pay will be reduced, according to research from Vlerick Business School in Belgium.

The research findings, which examined pay levels, habits and incentives of hundreds of company CEOs across Europe, go against received wisdom that greater employee representation at board level equates to more control over CEO remuneration and profit margins.

Its focus was on companies in the the STOXX 600 – a stock index of the 600 largest businesses across European countries, including 159 UK companies.

Having an employee representative on the board is more common in Germany, France and Scandinavia than in the UK, with 78%, 72% and 60% of companies in those regions respectively having a staff member on the board.

Professor Xavier Baeten, a professor of reward and sustainability at the School, said that in Germany – where employee representation is high – CEOs are among the highest paid in Europe.

He said: “I would not push it that far to say that employee representatives on the board do not care that much about executive remuneration, but the least we can say is that such an intervention in corporate governance does not seem to be very effective.

Moreover, we have found that in Germany, a country with strong employee representation on the board, CEOs are among the highest paid in Europe.

The analysis also found that the more nationalities that featured on a company’s board, the higher the CEO’s remuneration tended to be. Board directors who had many other roles (known as ‘busy’ directors) were also highly paid.

Professor Baeten added: “Our research has already proven quite frequently that ‘modesty’ seems to be a key word in the field of executive remuneration.

“In this respect, having some diversity on the board will help, but having too much diversity in terms of nationalities might negatively impact board cohesion, making the board more vulnerable to the exercise of CEO power.”

In terms of countries to see the greatest rise in CEO pay, 56% of tracked companies in the Netherlands saw a rise of more than 10% in pay between 2016 and 2018. France and Belgium followed, with 44% and 40% respectively seeing greater than 10% rises in CEO pay over the period.

The researchers also found that the median remuneration of a STOXX 600 CEO to be €2.7 million, although UK CEOs earned significantly more than their European colleagues at around €3.2 million. Long-term incentive payments were also much bigger in the UK compared with the rest of Europe.

Theresa May pledged to make it mandatory for certain companies to have an employee representative on their board before she became prime minister in 2016, but this never happened. The Labour party also promised that employee representation would play a role in its proposed nationalisation strategy during its 2019 election campaign.