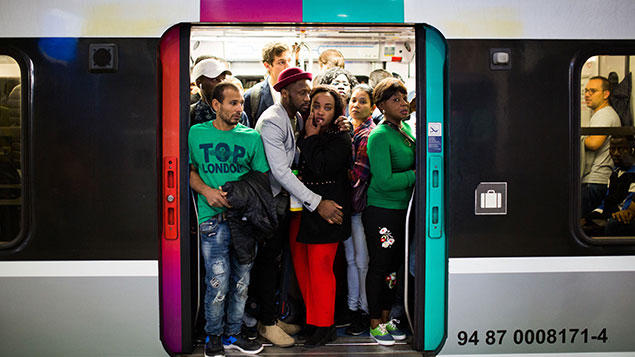 Paris has been hit by public transport strikes today in response to moves by the French government to implement pension reform.

In July President Macron’s government drew a plan for a universal system that would replace 42 different schemes and lead to employees working a year or two longer before retirement. If approved, the reforms would take gradual effect from 2025.

Yesterday, French prime minister Edouard Philippe promised to listen to the unions and consult the public before pushing on with the law. Last week he held discussions with each of the major unions and employers’ organisations.

France’s pension tsar, Jean-Paul Delevoye, issued a report earlier this summer that stated the new system would not change the overall amount that France spends on pensions. He said: “We’re going to construct a truly universal system where every euro paid in will provide the same rights for everyone, whether a labourer, a shop owner, a researcher, a farmer, a civil servant, a doctor or an entrepreneur.”

The French retirement age is currently 62 with retirees receive on average 61% of previous earnings pre-tax, according to OECD figures. This is less than in Italy (83%) but far more than in Germany (38%). Overall, France spends nearly 14% less than Italy (16%), but more than Germany (10%) and way above the 8% average.

In 2010 President Sarkozy raised the minimum age from 60 to 62 years, and the age for a full pension (without penalties) from 65 to 67. However, because many professions have their own pension rules, many people are allowed to retire much earlier than this, so that the male retirement age is, on average, still only 60.

France has 42 different mandatory public pension systems, which have grown up over the decades to serve professions from farmer to mine engineers to notaries and so on.

Some workers fear losing out as a result of change far more than others. For example, Metro workers say the new universal pension would force them to work longer by taking away their right to retire early, negotiated decades ago to compensate for having to work long hours underground. On average, Metro workers retire at 55.

There is also a default public scheme in which everyone not otherwise covered must enroll. President Macron has promised to merge all these regimes into a single, points-based system that treats all workers equally, a difficult task as rules governing pension rights and contributions vary markedly between them.

“What the French are trying to do is a big deal,” says Monika Queisser, head of social policy at the OECD, told The Economist. “France has one of the most fragmented public pension systems, and they are finally trying to get things harmonised.”  In the 1990s, according to the OECD, it took Sweden nearly a decade to put in place a similar universal system.

It is thought that France will move particularly slowly towards reform and not only because of the country’s time-honoured culture of popular protest. There also may be disagreements at the heart of government over change: Mr Delevoye has said he wants to identify a “pivot age” of 64 years, around which incentives to work later and penalties for early retirement could be based. But President Macron has said he “would prefer us to find agreement on the length of contributions rather than on age”.

Members of other professions including lawyers, airline staff and medical workers have called for more strikes starting on Monday.

Despite the number of strikes the government will not be coming forward with a bill or concrete proposals before spring next year.

Pension comparisons between European countries can be misleading, according to fullfact.org, because of huge variations in overall systems, benefits and allowances. However, in January 2018 the EU found that the minimum French pension was £130 a week and the maximum was around £340 a week. Spain had a minimum means-tested pension that worked out at around £155 a week for a single person, while the maximum possible was £535 a week.

In Germany, most workers’ pension insurance payments are compulsory but there is no statutory minimum, maximum or full pension. The full state pension in the UK is now between £129.20 and £167.25 a week, depending on when people were born and their level of national insurance contributions. This doesn’t include any additional state pension, pension credit, or other benefits a pensioner might be eligible for.