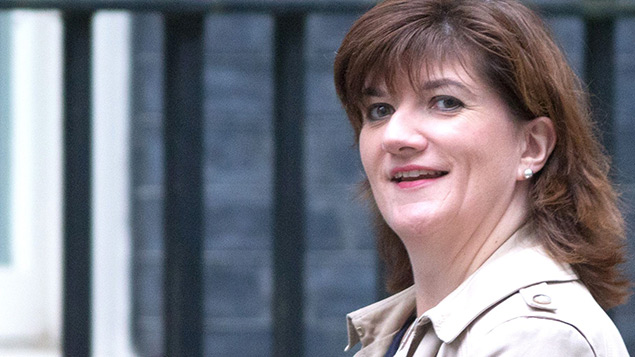 David Cameron and women and equalities minister Nicky Morgan have announced new measures to eradicate inequality in the workplace and remove barriers to women’s success.

Following the Prime Minister’s pledge in July to “end the gender pay gap in a generation”, the Government has announced that it will extend gender pay gap reporting beyond the private and voluntary sectors to include the public sector as well.

It will also oblige larger employers to publish information about their bonuses for men and women as part of their gender pay gap reports and work with business to eliminate all-male boards in the FTSE 350.

“You can’t have true opportunity without equality,” said Cameron. “There is no place for a pay gap in today’s society and we are delivering on our promises to address it.”

Minister for women and equalities Nicky Morgan said: “We are determined to tackle the barriers to women achieving their all. Business has made huge amounts of progress already in recent years – the gender pay gap is the lowest since records began. But it should appal us all that, 100 years on from the Suffragette movement, we still don’t have gender equality in every aspect of our society.”

New regulations on when and where the data should be published will be set out in due course.

There’s a tendency to reward those in our own image or to think that because men may be the ‘main breadwinners’ they deserve higher bonuses. And men often negotiate harder or trumpet their achievements more readily” – Ann Francke, CMI

Kathryn Nawrockyi, gender equality director for Business in the Community, welcomed the news: “A government requirement to include bonuses in gender pay gap reporting is something to be welcomed for the advancement of women’s equality in the UK.

“The gender pay gap and the causes behind it continue to be one of the largest contributing factors to women’s under-representation and inequality in the UK’s workplaces today. Only by understanding where and why gender pay gaps exist can an employer take action to ensure parity in pay.

“If this does not apply to bonus payments, then many employees may continue to be paid less than their colleagues for equal work and performance.”

Chief executive officer of the Chartered Management Institute Ann Francke said: “One of the biggest drivers of gender pay discrepancy, especially at senior levels, is the bonus gap. Bonuses are also where gender bias can creep in easily as they are amongst the least transparent forms of pay.

“There’s a tendency to reward those in our own image or to think that because men may be the ‘main breadwinners’ they deserve higher bonuses. And men often negotiate harder or trumpet their achievements more readily.”