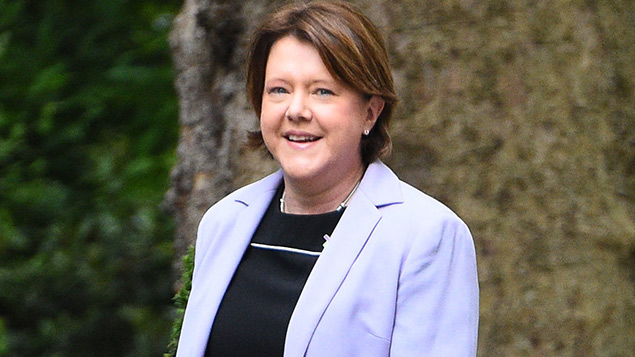 The government has said it will consult on the idea that employers should be required to provide, as a minimum, a basic reference – for example, confirming that they worked for that employer and the dates of their employment – for any former employee.

In its response to recommendations made by the Women and Equalities Select Committee’s inquiry into the use of non-disclosure agreements (NDAs) in discrimination cases, the government said it could understand why the withholding of a reference could pose a problem for victims of sex or other discrimination.“We think there is merit in considering this idea further and will consult on this matter in due course,” it stated.

It also said the online publication of employment tribunal decisions should not disadvantage claimants, after MPs said that people with particular types of claim may be negatively affected by aspects of the tribunal system.

The government said it “takes seriously” any suggestion that the tribunal system is disadvantaging certain groups of individuals.

“We will therefore work to better understand the nature of the concerns raised and assess whether there are any which are not being addressed by the various [planned] improvements,” it told the committee in its response.

“HM Courts & Tribunals staff are already taking steps to ensure that hearing participants and other involved parties are aware that they are able to apply to have written judgments anonymised. The government is working to ensure these actions are consistently and effectively applied.”

Responding to 45 committee recommendations, the government agreed that the use of NDAs to cover up unlawful discrimination and harassment complaints is unacceptable. In response to its own consultation the government committed to introducing reforms that would prevent employers from misusing NDAs.

And it shared concerns that the repeated inappropriate use of NDAs within an organisation may prevent it from recognising, and therefore addressing, significant underlying problems.

Maria Miller, chair of the Women and Equalities Committee, said: “While we appreciate that this is a legally-complex issue the government is taking seriously, we are also aware of the emotional, psychological and financial [impact] the use of NDA’s can have on individual employees and their ability to work.

“It is now two years on since such use of NDAs was brought to the public’s attention and over a year since we reported on sexual harassment in the workplace.

“There is an urgent need for the government to now act on our report and their own consultations on employment tribunal time limits, sexual harassment in the workplace and the new single labour market enforcement body to improve the protections for people who suffer discrimination or harassment at work.”

The government said it had considered carefully whether to make the misuse of NDAs  criminal offence but  said it “believes that existing and proposed measures represent a proportionate response to the concerns identified but remains open to considering stronger sanctions in the future if these measures to encourage or enforce appropriate behaviour prove ineffective”.

Another recommendation called for employer reporting on maternity retention rates, something the government said it was carefully considering.