Given the current Brexit crisis there are few certainties about future immigration rules, but for Claire Nilson and Hodon Buraleh there are encouraging signs in Philip Hammond’s Spring Statement for those concerned about the growing skills gap.

UK chancellor Philip Hammond announced on 13 March that PhD-level jobs will be taken out of the cap on Tier 2 skilled worker visas and travelling researchers will be made exempt from settlement rules that penalise lengthy absences from the UK.

He told the House of Commons that “free movement of people will end and we will take back control of our borders” after Brexit. However, he also said that the government would make the borders more flexible. In particular, he stated that landing cards would be abolished from June 2019, and citizens of the US, Canada, New Zealand, Australia, Japan, Singapore and South Korea, and EU nationals would be able to use “e-gates” at airports and Eurostar terminals.

Most significantly, Hammond said that a “key pillar of our plan is backing Britain to remain at the forefront of the technology revolution that is transforming our economy. And to support that ambition, from this autumn we will completely exempt PhD-level roles from the visa caps.”

He added in the written ministerial statement that “from autumn 2019, PhD-level occupations will be exempt from the Tier 2 (General) cap, and at the same time the government will update the immigration rules on 180-day absences so that researchers conducting fieldwork overseas are not penalised if they apply to settle in the UK.”

This signals that overseas research may now count as residence in the UK. This will be helpful for researchers as they will not be penalised unfairly for time spent overseas conducting vital fieldwork if they want to apply for indefinite leave to remain (or settled status) in the UK.

This new announcement comes a year after doctors and nurses were removed from the cap to address shortages in the NHS. This could be seen as the first step towards the complete removal of a cap on visas for skilled workers when a new immigration system comes into force in 2021.

Large groups of professionals are set to benefit from this exemption. The UK government has also proposed in the new migration system from 2021 that students will be given more time to stay in the UK and look for employment after their studies. The aim of the new system operating from 2021 is to open the UK to the most skilled from around the world who wish to come to live and work in the UK.

The UK is already suffering from a shortage of skilled staff and given that the Brexit saga continues, the potential implications of this skills gap remains a critical issue. At this stage, it is not clear exactly which roles will benefit from this move. It is also not clear how, if at all, this will reduce the current skills gap.

This news, however, is welcomed by many. It will allow universities to attract high-calibre foreign national researchers (especially important after the end of free movement for researchers from the EU), so it can be seen as a positive step in closing out the skills gap. It also provides certainty to universities and academics studying in the UK that those applying will receive a visa if they meet all the UK immigration requirements.

Now that the cap has been removed for both health workers and researchers the UK government is moving towards closing the skills gap. Employers have the opportunity to act much more quickly when sponsoring health workers and researchers instead of waiting weeks for a restricted certificate of sponsorship. It is possible for employers to be able to use their unrestricted certificate of sponsorship so that a visa can be issued within a matter of days. 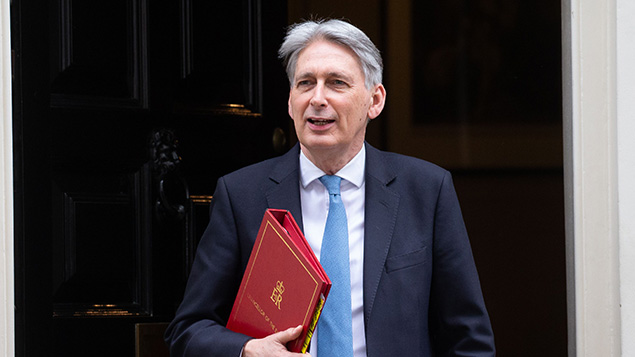 Although this is a positive move, we still have a long way to go to lessen the skills gap. Reforming the salary threshold in the Tier 2 skills worker category would lessen the skills gap. Salary is used as a substitution for skills, the higher the salary on offer for the role, the more points the sponsored migrant scores. This penalises younger workers, who typically are on lower salaries. Recent graduates struggled to meet the salary threshold required to be allocated a Tier 2 visa when the quota was reached last year.

Even though this threshold has dropped now because doctors and nurses are outside the limit, if the quota is reached in the near future this will impact graduates before some other groups. The salary thresholds have a disproportionate impact on businesses located outside London and the South East, and make no allowances for geographical location to reflect the lower salaries paid in the regions.

Whether the announcements made in the Spring Statement will have their intended effect in a post-Brexit UK is anyone’s guess. What is certain is that these proposed changes are an attempt at closing the skills gap that currently exists in the UK.

Sari Long is an Associate and Claire Nilson is Counsel at Faegre Baker Daniels.

Starbucks to pay for employees’ degrees

How firms need to comply with sponsor licence...