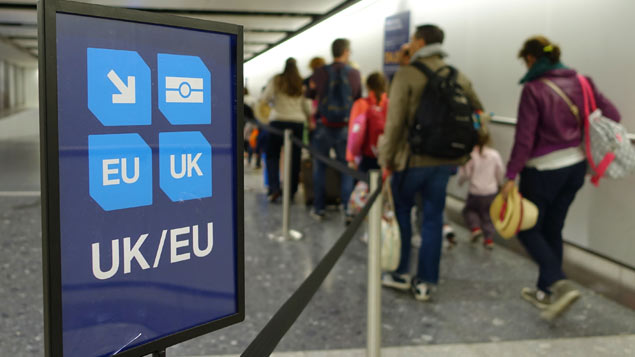 Very few employers are prepared for the introduction of new immigration restrictions, putting them at risk of a labour “supply shock” after the Brexit transition period.

According to the CIPD 56% of employers lacked enough information to make decisions about recruitment of non-UK workers post-Brexit, while 58% did not know anything about the government’s immigration white paper, which was released last year.

It found that a lack of resources to prepare for Brexit, combined with continued uncertainty over the UK’s future relationship with the EU, meant that employers had little interest in the government’s white paper.

Most employers were focused on retaining EU nationals already at their organisations, rather than planning for future recruitment.

CIPD senior labour market adviser Gerwyn Davies said: “Very few employers are ready for the end of free movement and restrictions on immigration in just over a year. Worse still, many seem both daunted and alarmed by the range of restrictions planned and the costs they are likely to incur.”

He said the planned migration restrictions must be phased in to offset the risk of a labour supply shock and to “avoid harming UK competitiveness”.

“We need a set of workable policies that apply across all sectors that are simple, low-cost, fair and user friendly for both employers and non-UK citizens. However, the current timetable and balance is working against the short-term interests of employers and EU citizens,” added Davies.

Meanwhile, an evaluation of government guidance on Brexit for businesses found the information that would allow organisations to plan thoroughly in the event of a no-deal Brexit is still incomplete or insufficient. This includes information relating to staff transfers between the UK and EU and the ability to hire EU nationals in future.

Dr Adam Marshall, director general of the British Chambers of Commerce, which carried out the analysis, said the advice for businesses “is not specific enough to enable firms to plan for an abrupt change”.

The CIPD’s report, Migration: A practical immigration system for post-Brexit Britain, highlights that only 17% of the 2,182 organisations that took part in its spring Labour Market Outlook survey had carried out an audit of the areas of their workforce with a high proportion of EU nationals. Almost three-quarters (72%) employed EU nationals and 52% employed non-EU overseas staff.

Some employers told the CIPD that difficulty in employing EU staff would have a major effect on business decisions. One manufacturer in the south east of England said: ‘If I can’t open a manufacturing site with the right staff in the UK, as we had planned to do, and which now seems very unlikely; then we will be moving our headquarters from London to Germany or Romania … We had planned to relocate our Romanian manufacturing site that employs around 8,000 people to the UK. However, that was before Brexit.”

The report makes several recommendations to ensure that the UK can continue to attract skilled and unskilled labour from overseas. These include:

Tom Hadley, director of policy and campaigns at the Recruitment & Employment Confederation, said the report is an “important call to government to listen to what businesses are saying about the difficulty in accessing skills and filling vacancies”.

He said: “The feedback from recruiters is that we are heading towards crisis point, particularly in health and social care, hospitality and food and drink. Meanwhile, 46% of employers told us they are concerned about not being able to fill permanent roles and this will likely worsen coming up to Christmas.”