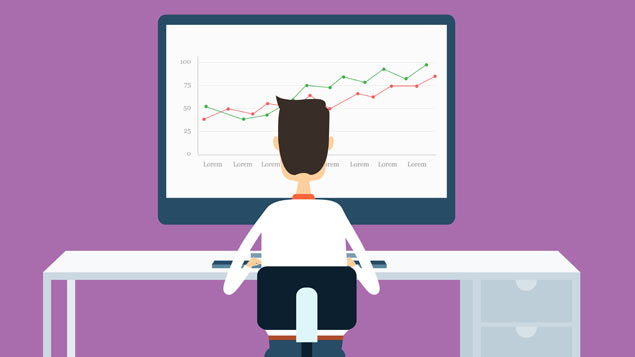 HR’s enthusiasm for using analytics continues to grow, but this is constrained by budgets and a need to build up skills in their teams. Cath Everett looks at what needs to be done.

There’s clearly a disconnect between how valuable HR considers analytics technology and how much it is prepared to invest in it.

A survey of 150 HR leaders undertaken by Expedite HR Consulting for cloud-based HR system provider Fairsail showed that 42% thought such tools were either “important” or “very important” to the success of the business.

A further one in five believed that they would become increasingly valuable over time, while the remaining significant minority consigned them to the “somewhat important” or “not important at all” bin.

“HR teams have not typically been particularly keen on data analysis, which is fair enough, but it raises the issue of, if this is critical for the business, how it should be tackled.” – Paul Burrin, Fairsail

But no matter what their enthusiasm levels, just under a quarter of respondents intimated that they would be investing in new analytics products this year, with a further 20% saying that they definitely would not.

This scenario was despite the fact that just under half claimed to be either unhappy with their current offerings or didn’t have any in place at all. About 28% attributed this dearth of expenditure to lack of budget.

Aside from the financial issues, there was a distinct lack of confidence in the analytics skills and expertise of HR teams.

Forty-two per cent said that they were unsure whether or not their staff would be able to interpret the organisation’s HR analytics data effectively in order to support better business decision making – although the rest professed themselves to be either “confident” or “very confident”.

Nonetheless, of those engaging in such tasks, one-third admitted that they were only capable of performing basic reporting, while 37% had moved on to operational analytics and were looking for patterns in areas such as time-to-hire, attrition rates and the like.

But a mere 14% claimed to have reached that holy grail of undertaking strategic analytics to do things like resource or succession planning, implying that there is still quite a way to go for people to use the technology to its full potential.

As a result of all of this, Paul Burrin, Fairsail’s chief marketing officer, raises the pertinent question of how best to tackle the situation, with one possible solution being the creation of cross-functional teams.

“HR teams have not typically been particularly keen on data analysis, which is fair enough, but it raises the issue of, if this is critical for the business, how it should be tackled,” he says.

The two options appear to be that HR leaders could either try to find people within their own department who are willing to be trained or they could hire in business analysts or data scientists.

“It talks to the idea of blended teams and bringing in different skills and competencies as maybe one way of helping to resolve these problems,” Burrin concludes.