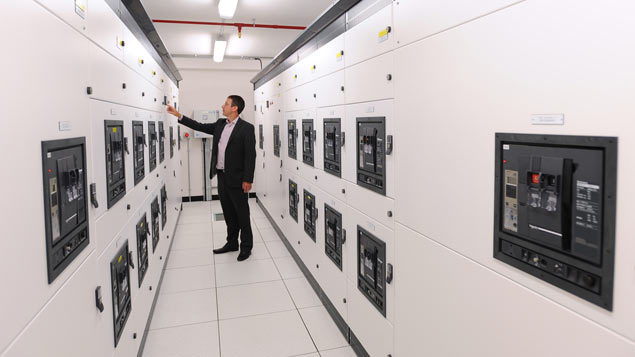 Cloud services company iomart was great at building employees’ technical skills, but it needed to offer more rounded training in soft skills and improve consistency of learning. Cath Everett reports on how they dealt with this challenge.

In a competitive commercial world where customer service is becoming ever more important for companies wishing to differentiate themselves, helping customer-facing employees to acquire and refine “soft” skills is vital.

Leadership in the digital age: what needs to change?

This is just what managed and cloud services provider iomart Group set out to do three years ago when the business began to expand.

When Tom Millar joined the business as group training manager, his aim was to introduce a raft of new performance management and staff development initiatives.

Before he arrived, the focus in learning terms had been on sending key staff – of whom about two-thirds work with some form of tech – on technology certification courses. They would then drip-feed knowledge to others through on-the-job training.

As the company got bigger, it became increasingly difficult to provide training to larger numbers of predominantly millennial engineers in that way, says Millar.

“But we also realised it’s not just technical skills that count – it’s softer ones too,” he continues. “It’s all about how people interact with customers and ensuring they’ve got the skills to talk to them and understand their perspective.”

The system also offers access to tools such as wikis, which employees can develop over time for knowledge-sharing purposes.

“We brought it all into a single platform to ensure there was consistent quality across the group and to enable people to share best practice in a consistent way too,” Millar says.

“Online and video learning is really good for people in their 20s and 30s who are constantly on the move because they want to access things quickly and then get back on the job.”

Iomart’s business development manager, for example, catches up on his learning via his mobile phone when he’s out walking the dog; while others do so while commuting.

“We wanted to empower people and make them feel they could direct their own learning efforts,” Millar says. “People are much more engaged if they feel they’re in control and can learn about topics that interest them and suit their goals rather than just being told what to do.”

A particularly successful initiative has been the “Five@5:00” scheme, which enables learners to access five-minute nuggets each day for a month, which are “either based on learning something new or getting them to reflect on something new they’ve learned”, explains Millar.

A longer, 21-day programme, based around the theory that once something is repeated 21 times it becomes a habit, is also provided via the system’s “new habit calendar” tool and covers a different theme each month.

The next phase, due to be rolled out over the year ahead, will see content being specifically aligned to job roles and staff development goals.

But the change in learning approach seems to be working so far. Glasgow-based iomart is now a preferred employer for a number of Scottish universities, for example.

“They’re very positive about us as we offer solid learning and development. It also really helps with engagement, particularly among younger staff doing junior jobs in first and second line support. So our staff retention rates are very high at about 98%,” Millar concludes.