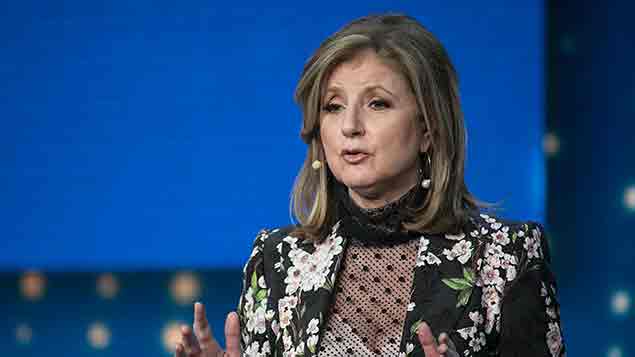 Arianna Huffington leads a stellar line-up of speakers at the upcoming HR Tech World conference in Amsterdam this October.

The founder and CEO of Thrive Global, which focuses on wellbeing as a way of boosting business, and co-founder of the Huffington Post, will discuss the future of work with Bersin by Deloitte founder Josh Bersin.

Her hotly anticipated session is one of more than 150 across 12 stages during the two-day event in Amsterdam.

Other featured speakers include economist Daniel Thorniley and founding director of the Future of Humanity Institute Nick Bostrom, who will discuss the future of machine intelligence and how robots will impact the world of work.

HR Tech World Amsterdam expects this to be its largest European show to date, attracting around 5,000 attendees and welcoming back big-name sponsors such as SAP SuccessFactors, Workday and Cornerstone.

Attendees looking to make a major software investment will benefit from the chance to meet
hundreds of exhibitors on the Expo Floor, as well as attend sessions led by leading HR technologists and case study employers who will share the secrets of their software implementations.

Heads of HR from H&M Group, Aperam and Stolt-Nielsen will discuss how they achieved HR transformation, for example, while Alfonso Diez David from the Renault-Nissan Alliance will look at how Nissan built a global HR ecosystem.

One of the highlights of HR Tech World is the start-up zone, where new businesses pitch their products. This year, this stream will include a dedicated “matchmaking” lounge where start-ups can meet investors and venture capitalists and potentially secure funding for their businesses.

Tandem, the winner of 2016’s start-up competition, has since gained seed investment of €2 million and has attracted an impressive team of advisers and board members, including the ex-CEO of Twitter.