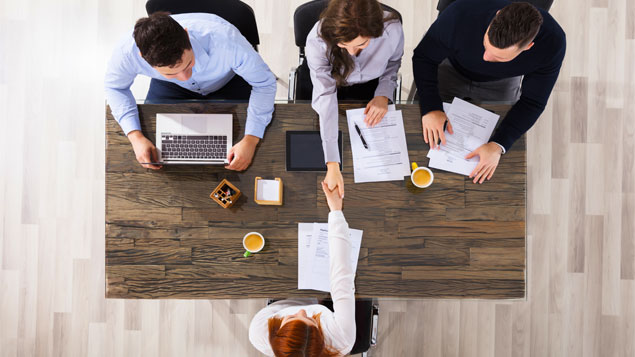 Organisations with low brand awareness are likely to get overlooked by jobseekers, according to Glassdoor, with candidates 40% more likely to apply for a job at a business they recognise than one they do not.

Three-quarters of hiring decision makers in the UK and US agreed that the recruiting process is simpler if a candidate is aware of their brand name, products or services.

Eight in 10 (80%) suggested that candidates would probably apply for the job on offer if they knew of the organisation, while only 57% would apply if they did not recognise the potential employer.

Are we too British when it comes to recruiting?

Of the 750 people surveyed, 60% said the awareness of their employer’s brand among jobseekers was either a challenge or a significant barrier to attracting candidates.

Jobseekers are more informed that ever and will often research specific jobs and organisations before applying for their roles, explained to Glassdoor’s global head of talent acquisition, Julie Coucoules.

“With one third of hiring managers reporting that employer brand is one of the factors that influences people most when weighing a job offer, it is worth getting right. By actively managing and promoting your employer brand, it can mean the difference between attracting quality talent or allowing them to pass you by,” she advised.

Glassdoor suggested that recruiters might want to take a more data-driven approach to finding the right job applicant. Only a quarter of hiring decision makers monitored whether a jobseeker had converted into an applicant, while only 23% saw the route that applicants came through as important to the recruitment process.

Paying closer attention to the data behind job applications would give recruiters greater insight into where candidates had come from and how they had converted from a job applicant into an employee, said the job site.

Coucoules said the best recruiters were those who had “evolved into part-sourcer, part-marketer and part-technologist” and knew how to use data to understand and generate quality leads for open roles.