In with the old, out with the new? How the Budget failed the young 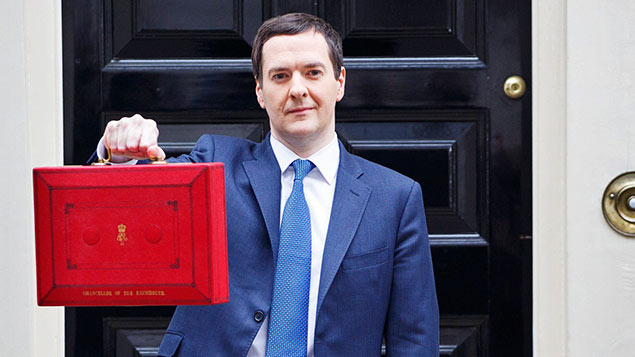 The reaction to the Chancellor’s 2014 Budget has been largely positive, but Chris Jones argues that George Osborne squandered the chance to help those just starting out in their careers – and the businesses that depend on them.

George Osborne’s disastrous “omnishambles” Budget now seems like a distant memory. After last week’s Budget, the Conservatives are up in the polls and Labour is facing questions about what alternatives it plans to offer.

The biggest rabbit that the Chancellor pulled out of his red box was, undoubtedly, his pledge for pensions reform. With this and the announcement on savings, this was a Budget aimed squarely at the ranks of older voters.

If we don’t stop tinkering with the system, we risk damaging its credibility and in turn, damaging young people’s future opportunities”

An astute political move, maybe. Osborne will likely have won back some potential UKIP voters and shored up his party’s credentials on understanding the concerns of retirees. And by emphasising the value of trade – “I want the message to go out that we are backing our exporters” – Osborne made a clear appeal for the business vote too.

But for those of us concerned with the future workforce of the UK, last week felt like a missed opportunity. In courting the grey vote, did Osborne overlook a chance to help people taking their first step onto the career ladder – and the businesses that depend on them?

Employers across the UK face real difficulties in recruiting well-qualified staff. In October, the City & Guilds Group surveyed more than 2,000 employers and found that 58% said that they struggled to fill vacancies – a shocking figure, when youth unemployment remains stubbornly high at 912,000.

Even more concerning was that one-third of employers said they may need to look abroad for skilled staff in the future because of skills gaps in the UK. And despite widespread acknowledgement about the value of apprenticeships, only 8% of employers offer them. This situation is clearly unsustainable.

Osborne’s message was that Britain should once again become a business powerhouse, able to compete with Brazil, India and China. That’s an ambition I wholeheartedly support. But while he announced a boost for export finance and the reform of air passenger duty, what about the very workers who will power the economic recovery? Why are we willing to invest in impartial, face-to-face advice on pensions, but not in careers guidance for young people?

Without upskilling the younger generation, Osborne’s focus on enhancing the UK’s business prospects risks being wasted. We need employees who can help grow business, in line with the Government’s ambition.

There were some helpful announcements in this Budget around apprenticeships, adding to their previous investment. The extension of the apprenticeship grant for employers for an additional two years is welcome news, and important in helping small businesses take on young apprentices. Likewise, the cuts to national insurance contributions for young people, announced in the Autumn Statement, are commendable.

However, at the same time, cuts to the adult education budget and further education sector run the risk of blocking skills investment, and the proposed enforced employer fee for 16- to 17-year-old apprentices is incredibly concerning.

What we need is for technical knowledge and skills to be embedded in the school system – both in the curriculum and through work experience opportunities – so we are not just creating university scholars, but the highly skilled workforce of tomorrow.

But this will not happen without a change of approach from the Government. We need better coordination between the departments for business and education to ensure stability in the system. There have been so many changes to policy around further education and apprenticeships over the years – if we do not stop tinkering with the system, we risk damaging its credibility and, in turn, damaging young people’s future opportunities.

The Government needs to recognise what employers across the UK are crying out for – the development of a strong, stable skills system that meets the needs of not only employers, but young people, our economy and society as a whole.

In the run-up to the 2015 election, City & Guilds is committed to getting this message out to policy-makers. If you would like to help, contact Chris Jones on Twitter at @ChrisJones_CEO or email [email protected]

Chris Jones is chief executive of the City & Guilds Group.
View all posts by Chris Jones →
Previous Article
Next Article