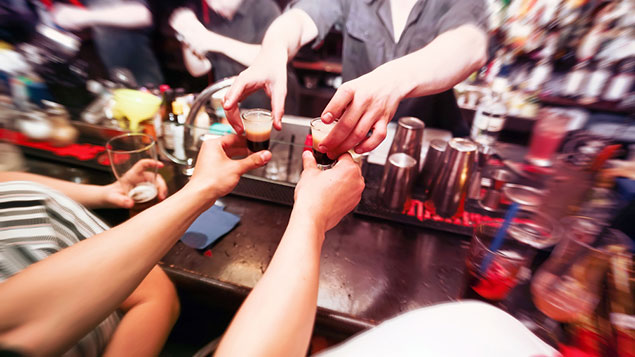 A recruitment agency has been held vicariously liable for the actions of its managing director after he punched someone and caused them brain damage at a Christmas party.

In the civil case of Bellman v Northampton Recruitment, the agency held a Christmas party for staff and organised taxis afterwards to a hotel where employees continued drinking, and this was mainly paid for by the company.

An argument broke out about the terms offered to a new employee and Mr Major, the managing director, became angry. He gave a group of staff a long lecture on his authority, but when one of his employees – Mr Bellman – questioned his decisions, he punched him.

Bellman sustained a fractured skull, subdural and subarachnoid haemorrhages and a left frontal lobe contusion, which left him with traumatic brain damage.

When Bellman brought the initial case against Northampton Recruitment, the judge held that the company was not vicariously liable, but the Court of Appeal ruled otherwise this week.

In deciding whether the company was vicariously liable, it had to consider the nature of the employee’s job – Major was its most senior employee – and whether there was a sufficient connection between his job and the wrongful conduct.

In the appeal judgment, the judges said that the initial case had failed to take account of the nature of Major’s role “and the power and authority entrusted to him over subordinate employees”; the fact the act of misconduct was triggered by a challenge to his managerial authority; and that “the risk of wrongful conduct was enhanced by Northampton Recruitment’s provision of alcohol”.

The fact that the incident happened in a hotel after the official party and was a ‘follow on’ rather than a separate event, where the company paid for taxis and drinks, was central to the decision to hold the company liable.

The judges also made reference to, among others, a 2016 case where the supermarket chain Morrisons was held vicariously liable for the actions of an employee who seriously assaulted a customer. In this case the employee’s job was to serve customers, but he assaulted a customer on the forecourt of the petrol station.

Lady Justice Aplin commented: “In summary, it seems to me that given the whole context, and despite the time and place at which the assault occurred, Mr Major’s position of seniority persisted and was a significant factor. He was in a dominant position and had a supervisory role which enabled him to assert his authority over the staff who were present and to re-assert that authority when he thought it necessary.”

“In all the circumstances, therefore, as a matter of law, having conducted an evaluative judgment based upon the primary facts as found, there is sufficient connection between Mr Major’s field of activities and the assault to render it just that [Northampton Recruitment] should be vicariously liable for his actions.”

Sybille Steiner, employment partner at Irwin Mitchell, said: “This is a significant decision. The distinction between official work parties and impromptu after parties will not be the deciding factor. If a senior member of staff uses the after party to assert their authority and assaults someone, vicarious liability is likely to follow.”