Recruitment technology: can the human in HR ever be replaced? 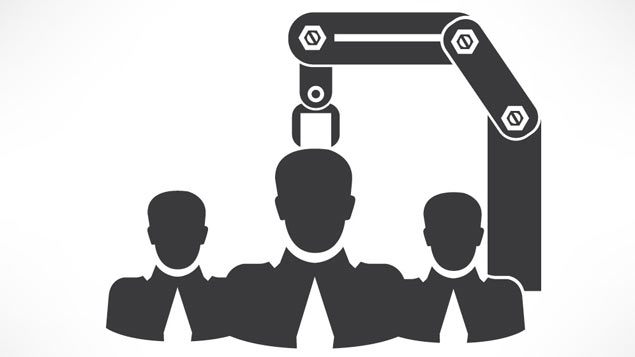 You're hired: but can a computer algorithm do better than a human?

A survey conducted late last year claimed that computer algorithms were more effective at hiring than humans. But can technology judge “unmeasurable” aspects of hiring such as attitude and cultural fit? It has its limits, argues Andy Campbell.

Barely one week goes past without another doom-laden report that computers could replace another entire profession. Now, it is the turn of the recruitment industry, with a new study suggesting that algorithms are more effective than humans at recruiting new employees.

How to build a superhero HR analytics team

The study, carried out by the US National Bureau of Economic Research, found that workers chosen by a computer algorithm stayed in their role 15% longer than those chosen by human recruiters and managers.

It makes for a great headline, but this study should certainly be taken with a pinch of salt. One of the problems with applying the findings to the wider workforce is that the study specifically looked at jobs that have a low retention rate, where the average employee stayed for just 99 days.

There is nothing to suggest that computers and algorithms are capable of making the much more complex job of deciding whether a candidate will be happy, motivated, productive, and a good cultural fit.

Recruiters and HR managers need to consider information from a variety of sources, including CVs, social media, talent analytics and face-to-face interviews.

Some of this “data” is not machine readable: for example, how a candidate presents themselves, how they answer questions, and the attitude and intelligence they display.

What’s more, some of the best candidates tend to come through referrals from existing employees who have first-hand experience of working with them. That represents incredibly valuable qualitative data that simply is not available to a machine.

It is important, however, to recognise where technology can aid the process, either doing a job better than people can, or saving them significant amounts of time.

Think of the task of searching for, and pre-selecting of candidates. With such enormous demand for jobs, and with the incredibly diverse skillsets required in the modern workplace, searching through the talent pool is very time-consuming.

Technology that can trawl through large volumes of CVs, professional network profiles or even social platforms will enable recruiters to refine their pool of desired candidates much faster and with more accuracy.

You might wonder about the role of social media, but in the ongoing “war for talent”, it is an important battleground.

It’s not just about the people you hire, though. Any good recruiter understands that, while a good candidate may not be the perfect fit for the specific role advertised, they have a valuable set of skills that could well be useful in the future.

Also, an unsuccessful candidate might also be a potential customer, so it is important that their experience of the interview and rejection process is managed effectively.

Technology can also help with monitoring and keeping in touch with the talent pool. This can include both unsuccessful candidates and “boomerang” employees, who return to their old roles after leaving.

When the right role becomes available in a business, an effective applicant tracking system will make it much easier for recruiters to find former candidates who displayed strong skills and experience in the relevant areas.

It is inevitable that computers will replace at least some parts of the recruiting process currently performed by humans, but it will be a brave and – dare I say it – foolish company that relies on technology alone.

Until software can assess such intangible and unmeasurable factors such as creativity and cultural fit, the recruiter’s role is safe from the march of the machines.