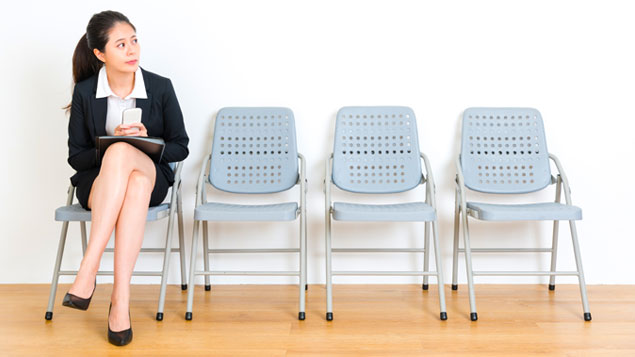 The percentage of services firms finding it difficult to fill vacancies has risen to an all-time high, according to the British Chambers of Commerce (BCC).

Almost three-quarters (72%) of companies in the services sector were struggling to recruit in the third quarter of 2018, its quarterly economic survey found.

Meanwhile, the proportion of businesses attempting to recruit (47%) fell to its lowest level for 25 years.

Only 14% of services firms looked to invest in training, compared with 16% in the third quarter of 2017, its survey of 5,600 businesses also found.

In the manufacturing sector, the percentage of organisations looking to recruit dropped from 77% to 67%. Of these, 75% reported recruitment difficulties.

Suren Thiru, head of economics at the BCC, said: “The sharp deterioration of the share of firms attempting to recruit is a concern and reflects both persistent hiring difficulties and heightened economic uncertainty – which if sustained could materially weaken jobs growth.”

“The results from BCC’s latest survey support our call for government to drop arbitrary migration caps and targets, and work with business to develop an immigration policy that supports a growing economy. We should not be slamming the door on any of the skills we need for our companies to succeed,” he said.

“Many firms are deeply invested in developing homegrown skills and talent within their own communities, however this alone is not enough to fill the skills gaps, at all levels, that businesses face right now, and which are set to get worse post-March 2019.”

Last month, the Federation of International Employers found 38% of HR managers thought a no-deal Brexit would harm recruitment, with a quarter believing it would see a 5% decline in the number of jobs available.