Social recruitment: will new tool give employers pick of the candidates? 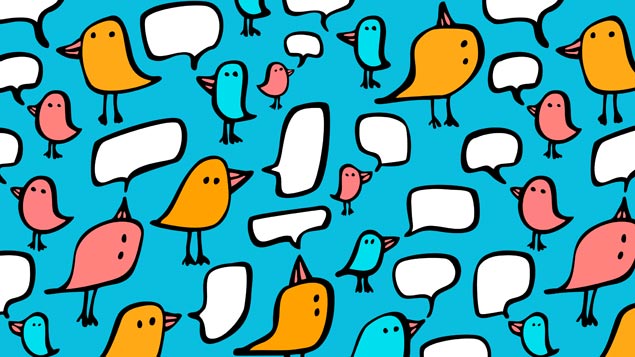 Job ads are fed to the most relevant users on Twitter.

According to the latest figures from the Recruitment and Employment Confederation (REC) and KPMG’s monthly “Report on Jobs”, the UK is facing a “looming jobs crisis”.

Although the number of people who found permanent employment hit an eight-month high in April, two out of five recruiters indicated that the number of workers available to fill growing numbers of vacancies continued to dwindle. Professionals and executives found themselves most in demand, while accounting and financial personnel came in second.

You can throw mud at the wall and hope it sticks, but how do you use social media to get the message to the right people at the right time?” – Andy Sumner, managing director, Monster UK & Ireland

Kevin Green, the REC’s chief executive, acknowledged that the situation was undoubtedly good for jobseekers as they were starting to see salaries rise as employers began fighting over them. But he also questioned how sustainable the current employment boom would be “as skills and talent shortages become rife”.

He pointed to the fact that 40% of recruiters felt the situation was getting worse month-on-month.

What this means for employers is that a shrinking candidate pool means they are going to have to look harder for the skills required to fill their vacancies.

These candidates are more than likely to be passive or “poised”, meaning they are not actively seeking a change, but could be persuaded to move.

This is where online jobs board Monster believes that its new Social Jobs Ads recruiting tool comes in.

According to a survey Monster conducted last year, just over one-third of all candidates engage with potential employers via social networks – and interestingly, just under a quarter form negative opinions of those failing to have a social media presence.

Andy Sumner, Monster’s managing director for the UK and Ireland, believes social media has been an important channel for active jobseekers to interact with employers for some time. But he also points out that “it’s traditionally been more difficult from an attraction perspective”.

He explains: “The issue has been, how do you get your employer brand and opportunities in front of people via social media in a targeted way? You can throw mud at the wall and hope it sticks, but how do you use social media to get the message to the right people at the right time? That’s been a significant challenge over the last two to three years.”

The Social Job Ads tool, which was launched earlier this month, is an attempt to answer those questions. It works by stripping out key requirement information such as location and desired experience from job descriptions that are submitted to the firm by employers.

This information is then passed on to Twitter (support for other platforms is due to follow over the next few months), which matches these requirements against the personal and professional profiles of users stored in its databases. Job adverts are then served into the Twitter feeds of suitable, targeted individuals.

Monster chose Twitter as the initial platform as an estimated 10.6 million tweets included job-related keywords in the UK last year, while an average 19,000 job posts are tweeted out every single day.

To take advantage of the new tool, the cost to employers is £110 for each campaign. They can then either post their job description to the company’s back office system and click on the new Social Job Ad button, or send over a URL.

They can then expect to receive an average of 20 replies for each post most likely within the first 24 hours. Unlike website users, Twitter users tend to apply almost immediately – according to the findings of a beta test in April, undertaken with 15 customers and 149 campaigns, that is.

“To get to passive candidates in the past, you had to work really hard and put in a lot of resource, time, effort and energy – whether that meant searching for people on LinkedIn or introducing employer referral schemes,” says Sumner. “But Social Job Ads allows you to get the message out to people in a very targeted way and so they come to you.”

With the REC predicting a continued drain on candidates, this could provide a vital competitive edge.