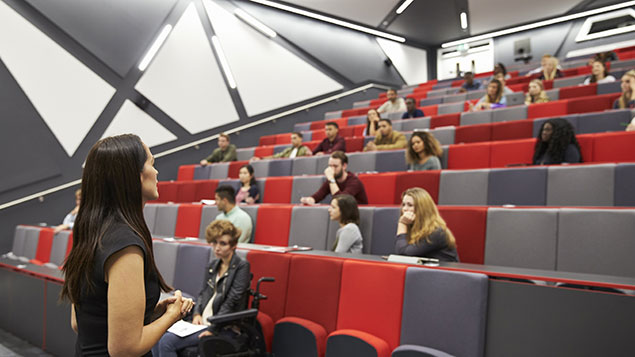 The number of EU academics working in the UK to have quit their jobs has accelerated since the Brexit referendum, according to the Liberal Democrats, who warned that the UK was imposing a brain drain on itself.

The actual numbers are higher because there 136 universities registered with Universities UK, meaning that there are no numbers available from 55 institutions.

While the rate of departures has increased, it is also the case that overall the number of academics from the EU has increased over the period, from 35,920 to 37,255, according to figures from the Higher Education Statistics Agency (Hesa).

However, the rate of rise in EU academics working at UK universities is thought to be at its lowest level for a decade and a higher proportion of those recruited were now already resident in the UK. Hesa has been approached by Personnel Today to comment on the figures.

Oxford University reported 1,515 academics had left over the past three years and Cambridge 1,292. Edinburgh University told researchers that 1,271 had departed. Some universities, however, reported departures in single figures.

Separate research of Russell Group universities for the The Independent, published in August, identified an 11% rise in post-Brexit academic departures. The Group also found that the proportion of new EU academics recruited by it from overseas fell from 48% to 43% between 2016 and 2018.

In September Universities UK published a survey that showed 93% of universities had encouraged staff from EU countries to secure pre-settled and settled status.

The agency told Personnel Today that it was unable to yet give a definitive comment about EU nationals leaving because it felt the research was not conclusive enough.

Lib Dem shadow education secretary Layla Moran said: “It is a deeply concerning that Brexit has already driven so many talented academics to abandon the UK.

“Our universities are being threatened by a Brexit brain drain, exacerbated by Boris Johnson’s reckless promise to crash us out of the EU by 2020 no matter the cost.

“This is sadly not surprising given the Tory party has adopted the xenophobic rhetoric of Nigel Farage, making our colleagues, friends and family from the EU feel unwelcome.”