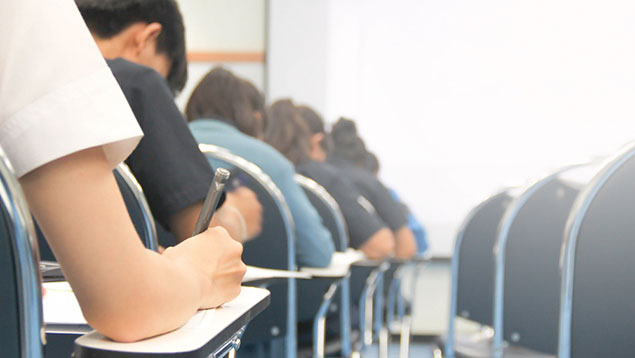 Cuts in public funding for adult skills and falling employer investment has led to the UK’s skills base lagging behind that of comparable countries and could see the country slip into serious decline.

According to independent policy and research organisation the Learning and Work Institute, current trends will see the UK fall further back in the international league tables by 2030.

Among striking aspects of the decline in skills training identified in the study include a fall in UK employer investment to half the EU average per worker and £5.1bn less in real terms than 10 years ago.

How can the engineering sector find its Hidden Figures?

Coupled with substantial cuts in funding for adult learning (by 45% since 2009-10) and much lower participation rates (the lowest in 20 years) the declines in skill training represent a “perfect storm” for the UK, the Institute’s latest report, 2030 Vision: Skills for Economic Growth and Social Justice, released today, states.

Growing proportions of qualified people in other countries mean that the UK, despite seeing some improvements, will fall from fourth to sixth of the G7 countries for low skills.

The relative fall in the UK’s skills performance will, claims the report, stunt economic growth and social justice and could leave the UK going backwards as other nations progress. Coupled with the effects of Brexit, such a trend would be deeply damaging to the country’s prospects.

Learning and Work Institute has set targets for the UK to ensure more people have functional literacy and numeracy and intermediate qualifications.

This, the organisation claims, would boost the UK economy by £20bn a year and help an extra 200,000 people into work. It would reverse the falls in the number of adults improving their skills since 2010.

Stephen Evans, chief executive of Learning and Work Institute, said the financial crisis-associated recession had been followed by a “great stagnation” in economic growth, holding back living standards and limiting the money available for public services.

He added: “This is neither inevitable nor unavoidable. Seismic shifts in the global economy, driven by advances in technology, create huge opportunities. Making the most of them will require a world class skills base.”

Robert Halfon MP, chair of the Education Select Committee said: “Skills, apprenticeships, and adult education are vital rungs on this ladder. Yet, around nine million of all working aged adults in England have low basic skills and over a third of workers in England do not hold suitable qualifications for the jobs they do.

Seismic shifts in the global economy, driven by advances in technology, create huge opportunities. Making the most of them will require a world class skills base” – Stephen Evans, Learning and Work Institute

“This skills problem is a social justice issue. Our most disadvantaged individuals pay the highest price for low skills but also have the most to gain from up-skilling their way out of deprivation.”

David Hughes, chief executive of the Association of Colleges, said action was vital: “With a spending review imminent and employers more acutely aware of recruitment difficulties than ever, this report is very timely. I hope that the Chancellor and the CBI as well as others take heed.”