UNLEASH 2018: HR professionals urged to embrace rather than fear change 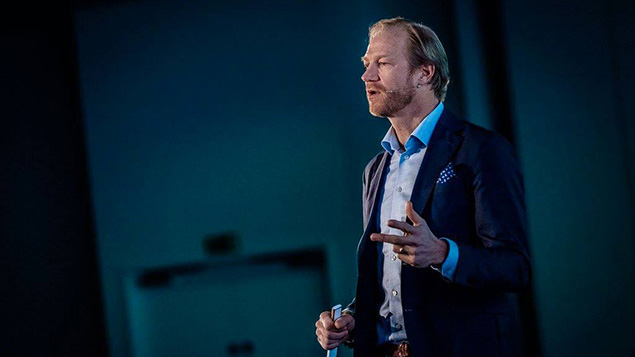 If there was one consistent theme etched through this week’s UNLEASH conference (formerly HR Tech World) it was not to stand still.

Rather than feeling like rabbits in the headlights when confronted by imminent changes such as Brexit and the unforgiving pace of technology development, HR needs to seize opportunities.

Three ways HR can build capability for the challenges ahead

Jonas Kjellberg, one of the creators of Skype, said businesses could put themselves into this mindset by seeking out “game-changers”, rather than people who were simply good at their jobs.

“Innovate, don’t imitate,” he said. “Do you recruit game-changers, who think differently and are willing to go to the edge of uncertainty, to redefine the company? Or are you just recruiting outperformers?”

When it comes to positioning your organisation for Brexit, it should be seen as a trigger for rethinking how employers can engage with people, according to Alexander Betts, professor of forced migration and international affairs at the University of Oxford.

He said employers should take the opportunity to train and support staff who may feel alienated by Brexit to show they are valued. They should also rethink how they could tap into the skills of people who may not have many qualifications or prior experience through internship programmes.

“Their potential is not revealed in their CVs, but those are the people where we have an opportunity,” he told delegates.

Economist Daniel Thorniley said Brexit could be an opportunity for HR to demonstrate its business value to senior leaders.

“There will be a battle internally about cost, finding talent, and then going through the administration process – for example visas – for those people,” he said.

“If HR is to upgrade itself, it needs to understand all the challenges that businesses will face after Brexit. There will be pressure on the supply of people, or it will be more difficult to find them so costs will rise to attract them.”

Dean Forbes, CEO of software provider Core HR, explained that unlocking the potential of their existing workforce was a high priority for current and potential clients.

“If we can help them automate all the processes that can and should be, we can push the agenda on their behalf,” he said. “So if you know that a percentage of your workforce is going to be freelance or part time, your recruitment methods might have to change and your applications need to be smart enough to support that transient workforce.”

As Forbes pointed out, one response to the challenges ahead is to move certain HR processes to artificial intelligence or automation platforms, which featured heavily at the conference – whether from start-ups or more established suppliers.

Oracle, for example, has embedded more AI into its core applications. “It’s a design-thinking approach so it makes a better experience for the candidate,” explained Andy Campbell, HCM strategy director.

So where companies may have already adopted basic chat bots to answer frequently asked questions, they can now help with more sophisticated queries, such as suggesting more suitable roles for a candidate who does not quite fit the criteria.

Elsewhere, technology is being used to eradicate bias. Video hiring company HireVue showcased how sometimes AI can reinforce bias in organisations, because algorithms used for processes such as recruitment selection may be based on biased data.

Using video, it captures hundreds of data points from what the candidate said, their visual cues and responses, and analyses these against existing data on high performers.

“Even if you do a video to eradicate bias, managers still introduce bias in the way they evaluate it,” explained Dr Nathan Mondragon, HireVue’s chief psychologist. “They still make the same judgments they’d make in the first 90 seconds that they would in a face to face meeting.”

Our workforce doesn’t come to work to do HR, they have jobs, so we need to give them a frictionless workforce experience.” – Jason Averbrook, LeapGen

“Importantly, we can also remove the bias that can creep into AI and automation. So if we discover differences in scoring, for example, between male and female candidates based on previous hiring data – we could take this out so the algorithm is not unfair.” The result for employers is greater diversity but significantly reduced time spent screening candidates.

When it comes to getting the best out of existing employees, data plays a crucial role here, too.

“There’s so much data we could use to change people’s experience at work – but why use it after the fact?” said Maja Luckos, head of people and analytics at technology consulting company Capgemini.

“We’re in this era where your employee is also your client, it’s a consumer world. We’re always giving feedback to sites like TripAdvisor, yet we spend so much time at work and we’re only asked once a year how we feel.”

The company has recently piloted what it calls a “listening architecture” that tracks employee feedback in real time, rather than relying on an annual engagement survey.

A cross-functional team from across the organisation worked together to look at core HR processes, such as performance management, and how they could extract more regular feedback data from these activities so any issues could be addressed sooner rather than later.

“This has created a dialogue – the discussion can be anonymous or taken offline. Managers can use insights immediately, based on facts rather than opinions,” she added.

Closing UNLEASH, LeapGen’s Jason Averbrook, an expert on the future of work, said HR needed to stop assuming IT would drive the adoption of technology in their organisations.

“It’s not IT’s job to create that digital strategy, it’s everyone’s job. Why would we deploy any capability that’s not digital now? Companies don’t want to invest more money in tech for HR, they want to digitise processes, so HR needs to think about it differently.”

He explained how moving the focus towards a “digital workforce experience”, rolling out experiences, rather than transactions, would push forward HR’s case.

“Our workforce doesn’t come to work to do HR, they have jobs, so we need to give them a frictionless workforce experience. The right product, for the right people, at the right time, through the right channel.”

He concluded with a quote taken from Kay Boycott, CEO of charity Asthma UK, that “having a digital strategy will soon look as ridiculous as having an electricity strategy”.

For HR professionals questioning their progress in digital transformation, these words will provide food for thought.