Workplace cyberbullying on the rise 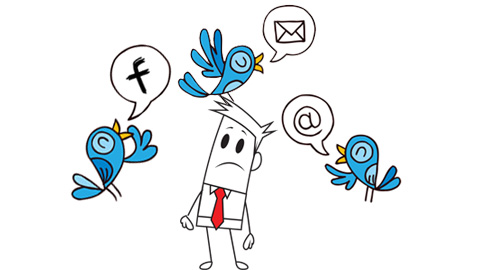 Cyberbullying has become as common in the workplace as “conventional” bullying, according to a study by academics from the University of Sheffield and Nottingham University.

Eight out of 10 respondents to the survey reported that they had experienced behaviour that could be classed as cyberbullying – for example receiving an offensive text or email – at least once over the past six months.

Dr Christine Sprigg, Dr Carolyn Axtell and Sam Farley of the University of Sheffield, together with Dr Iain Coyne of Nottingham University, found that online bullying is no longer restricted to younger people in environments such as schools, but has become more commonplace in adult work environments, and will continue to do so as mobile and web technologies advance.

The study included three separate surveys among employees in several UK universities, asking staff about their experiences of cyberbullying. “We gave people a list of what can be classed as bullying, such as being humiliated, ignored or gossiped about, and asked them if they had faced such behaviour online and how often,” said Dr Coyne. Almost one-fifth of respondents said that they experienced some form of cyberbullying on a weekly basis, a similar rate to conventional bullying, according to the study’s authors.

The researchers also found that the impact of cyberbullying on workers’ mental strain and wellbeing could be higher than that of other forms of bullying. “Overall, those that had experienced cyberbullying tended to have higher mental strain and lower job satisfaction,” Dr Coyne said. “In one of our surveys, this effect was shown to be worse for cyberbullying than for conventional bullying.” In addition, because of the remote, invisible nature of cyberbullying, people felt less empathy for the victims, and those who were subjected to it were less likely to report it.

The full results of the study, entitled “Punched from the screen: workplace cyberbullying”, will be revealed at a seminar during the Economic and Social Research Council’s (ESRC) annual Festival of Social Science later this month. The researchers will raise suggestions on how employers should tackle and prevent cyberbullying in the workplace.

For more information on dealing with bullying and harassment in the workplace, see XpertHR’s line manager briefing.