Eight in 10 ethnic minority leaders do not trust their organisations 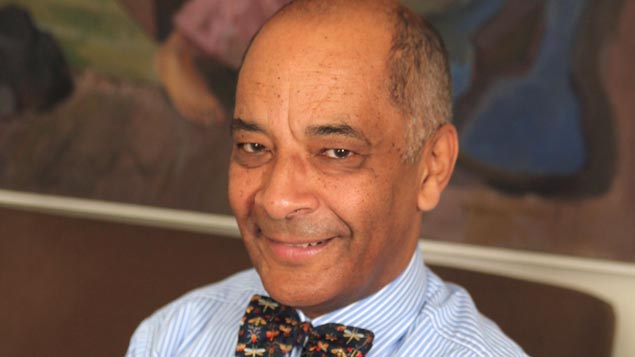 Eight out of 10 (82%) ethnic minority leaders do not trust the organisations they work for, believing there is institutional prejudice against minorities in the UK workforce.

One fifth (18%) have personally experienced workplace discrimination in the past two years but nearly three-quarters (73%) of ethnic minority leaders surveyed believe that most workplace prejudice is unconscious.

The research by Green Park also showed that while 60% of ethnic minority leaders believe that tackling institutional racism has moved up the organisation’s agenda in recent months, two thirds of these respondents say the language is emotive and makes people uncomfortable.

Raj Tulsiani, chief executive of Green Park, said: “This isn’t an issue of political correctness; it is an issue of ensuring firms draw upon the largest possible talent pool, benefiting from the breadth of experience and expertise of a diverse workforce.

“We need much greater diversity at board level as a matter of urgency, there is no point having programmes at entry level ensuring greater diversity if these candidates become quickly disillusioned if they see a ‘ceiling’ they will not be able to break through.”

Just 2% of companies surveyed are meeting their identified targets on ethnic minority board level representation.  And 22% of respondents admitted being unaware of current progress towards diversity targets.

Two-thirds (66%) of ethnic minority leaders did not believe that there would be a significant improvement in ethnic minority representation at board levels in two years’ time. Only a fifth (20%) of respondents thought representation would improve, but would only be achievable with direct Government intervention. It would require a major shift in both the attitude and appetite of the Government to introduce an interventionist labour market policy.

The biggest barrier to addressing the issue of greater ethnic minority representation on boards was identified as underdeveloped pipelines/strategies, followed by a lack of accountability in the recruitment supply chain and a lack of commitment to diversity.  The research found that ethnic minority leaders often felt the recruitment function in organisations lacked a desire to look for and create value propositions for “unusual suspects”.

The report, Changing the Face of Tomorrow’s Leaders: Increasing Ethnic Minority Representation in Leadership, makes key recommendations for organisations to help them tackle the issue:

Lead change from the top: Diversity is not something the CEO should hand to the HR director to “sort out”. Equality and workforce diversity should become a board level issue, with the executive publicly and regularly showing support.

Create your own talent map and pipelines: Recruiters should be tasked with isolating talent pools, internally and externally. There is a need to create programmes to engage and progress diverse talent and regular reporting is required to ensure representation is proportionally maintained.

Tackle difficult conversations: Organisations must be open and accountable, making public and transparent commitments to change and place people in charge of delivering this.

Collect data: The research found that 78% of firms have no ethnic minority leadership targets within their organisations. It is imperative to know where diverse talent sits in an organisation.

Ken Olisa, HM Lord-Lieutenant of London and board member of the Diversity Recruitment Institute for Value and Excellence, said: “It self-evidently gives competitive advantage to have customers, suppliers and regulators reflected in an organisation’s workforce – from top to bottom.

“By confusing the hard objective of competitive advantage with the soft one of social justice people find discussing diversity uncomfortable -especially in the boardroom where many are worried their language will be perceived as racist. Tackling this is a business imperative and not an HR policy.”

Green Park’s report emerges as another survey, published by the TUC, finds that more than a third of BAME workers have been subject to some form of racism at work.

Almost a fifth of the workers said they had been passed over for training or promotion, according to the trade union.