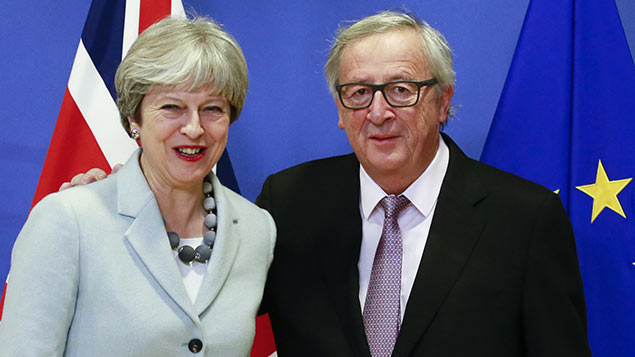 EU citizens living in the UK and vice versa will have their rights to live, work and study protected it has been confirmed, after the Government and the European Commission reached agreement in the first phase of Brexit talks.

Theresa May said that EU citizens living in the UK would have their rights “enshrined in UK law and enforced by British courts”.

EU citizens employed in the UK

How to deal with uncertainty around employing EU nationals

But the agreement, published this morning, says the European Court of Justice will continue to have a role in overseeing their rights for eight years after Brexit – until March 2027.

Guarantees will also apply to UK citizens living in other EU countries.

He said: “The role of the ECJ is going to be specifically time limited. It will be eight years. It’s an important period during which we have certainty… that if you’re a EU citizen, and you bring a case because you feel your rights have been infringed, it will be before British courts… British courts will look at EU law, pay ‘due regard’ to it, which is a well understood legal concept…

“If, on a point of law, there is no EU case law which the court believes can help guide its actions, then the court can decide on its own – and this an independent decision of British judges – to refer it to the European court for a resolution which can help them make their judgment.”

There are around three million EU citizens living and working in the UK. The joint report states that the objective of the UK’s Brexit agreement is to provide “reciprocal protection for Union and UK citizens, to enable the effective exercise of rights derived from Union law and based on past life choices, where those citizens have exercised free movement rights” by the time of the UK’s withdrawal.

TUC general secretary Frances O’Grady said: “This moves the UK on to talking about the big issues of Brexit – how we get a good deal that protects workers’ rights, jobs and livelihoods.

“But it’s clear the Government’s determination to leave the single market and customs unions is getting in the way. The Government must drop its self-defeating red lines and put these options back on the table.

“And before the next round of talks, we need a sea-change in the way government acts. Ministers need to bring in the negotiating expertise of unions and employers.”

CBI deputy director general Josh Hardie said: “Firms have been watching negotiations closely and today’s announcement will lift spirits in the run up to Christmas. Sufficient progress is a present they’ve spent months waiting for.

“There are two things that are top of the list. First is the final step for those EU citizens working here, and UK citizens abroad. It must be unequivocal that they are welcome, whatever the final deal. This cannot be their second Christmas where their rights are dependent on negotiations. Next is transition. Concrete assurances will build confidence and help firms across the UK and Europe to pause their contingency planning.

“Above all, the Government has shown the impact of being determined to focus on securing a good Brexit for jobs. Discussions will continue to be tough, but today’s progress shows that careless talk of walking away can be replaced by confidence that the UK can get a good deal. Steely determination in the national interest must always come first.”