The future of HR: Embrace technology, but stay human 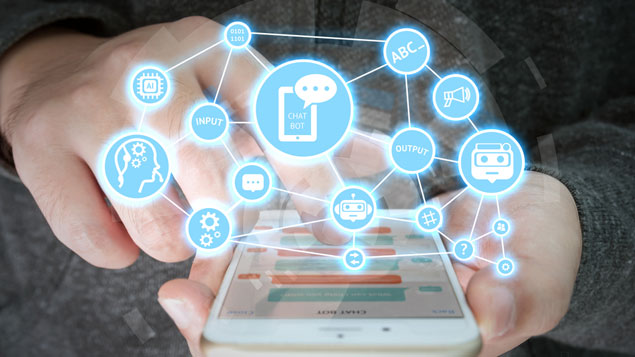 Balancing HR technology with a commitment to doing good for society is critical to the future of HR. Michael Carty reports from last month’s Westminster Employment Forum conference.

Tony Vickers-Byrne, HR director of Public Health England, recalled how his first HR job in 1982 involved designing a points-based absence control system, based on the presumption that absences on Mondays or Fridays meant employees were “pulling a sickie”.

Speaking at the Westminster Employment Forum conference last month, he said that today’s HR profession is unrecognisable in comparison, in that it is driven by a more benevolent objective.

HR must “embrace the technology, but never lose the personal touch”, he told delegates, and doing good should be central to HR’s goals this year.

The evolution of HR was considered by many of the speakers at the event, who brought together the issues of rapid developments in technology with the need for HR to make working life better for employees.

How to start preparing for the General Data Protection Regulation (GDPR)

Watch the on-demand version of the GDPR webinar now

Vickers-Byrne, together with Peter Cheese and Professor Cary Cooper (CEO and president of the CIPD), came up with three key priorities for HR, namely: spreading the availability of flexible working options; promoting volunteering; and resourcing “people managers who give a damn”.

Public Health England is making practical use of the opportunities afforded by HR tech to make a positive contribution to the organisation, the workforce, and society, he said.

The organisation has created diversity dashboards, used across its 74 locations, which display breakdowns of the workforce at each of the organisation’s directorates by specific diversity characteristics.

The dashboards are designed to be simple but have had a significant impact. Users can access and view other directorates’ dashboards, enabling internal comparison and “competition”.

HR investigates any discrepancies identified by the dashboard, using a tailored programme of positive action to address inequalities.

As a direct result, the proportion of posts in epidemiology filled by BAME (black, asian and minority ethnic) candidates has risen from one in six to one in three.

Public Health England plans to capitalise on this success by launching dashboards for gender pay gap reporting, pay and pensions, and by enabling benchmarking against external organisations.

Technology aside, role modelling is key to the success of diversity initiatives. It demonstrates that there are “no barriers to getting to the top,” said Vickers-Byrne.

Recognising and balancing the opportunities and threats posed by technology is critical to the future of HR, said Andy Campbell, senior director of HCM strategy at Oracle.

Smartphone apps such as Siri or Facebook bring employees up close and personal with artificial intelligence every day, he added, leading to the “blurring of what you do from an employee, social and home point of view” and increasing the number of risks that must be safeguarded against.

Automatic for the people: How HR brings robots and humans together

Does the rise of artificial intelligence mean the death of the recruiter?

“There’s a reason it’s called human resources and not data resources,” she said. “Tech must not be allowed to run away with itself.”

HR routinely collects data, for example on attendance and absence, performance and productivity, equality and diversity, and wellbeing.

But HR often overlooks the associated data protection issues. “An over-reliance on metrics might create more problems than it solves,” she added.

The General Data Protection Regulation (GDPR) – which comes into force on 25 May 2018 – will intensify the pressure on HR to take data protection seriously.

Speakers pointed to the fact that the GDPR originates from the EU does not mean that UK employers can ignore it due to the result of the EU referendum.

“The ‘B’ word is not likely to change this,” explained Mizzi, referring to Brexit. In light of the GDPR, the key question for HR is “whether there is a legitimate business reason for data processing and whether the individual has been notified,” she added. “When looking at across the organistion, you’d expect the data to be anonymised.”

HR must also take a proactive role in ensuring that recruitment technology does not promote bias against candidates with particular diversity characteristics, said Mizzi.

“When using aggregated data for recruitment and other people activities, make sure you’re correcting for existing biases. Otherwise use creates risk,” she said.

Mizzi advised HR to ask recruitment system providers about bias risks in their systems and how they are adapting the systems to correct against bias.

But falling foul of employment law is by no means the only potential problem area in the future of HR. HR also risks alienating employees through its use of data and technology if it does not consider the end user, argued Campbell.

For example, employers should consider how HR tech might be used to engage and motivate younger employees by delivering more frequent feedback. “Millennials expect continuous feedback, but performance management systems make it annual,” he said. “The system is all wrong.”

We may be a long way from the clunky systems of the 1980s, but there are still many issues to iron out.

One Response to The future of HR: Embrace technology, but stay human