Does the rise of artificial intelligence mean the death of the recruiter? 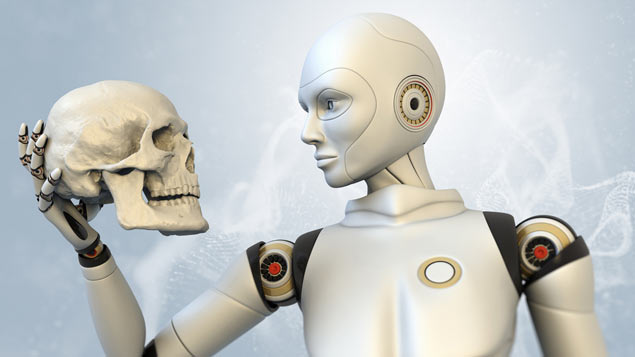 Can human interaction ever be entirely taken away from the recruitment process?

Recruitment is a prime candidate for automation through artificial intelligence and machine learning, but what does this mean for the human side of hiring? Cath Everett investigates.

The manual nature of many hiring processes has seen the recruitment sector jump to the front of the HR queue in terms of adopting artificial intelligence.

Predictive recruitment analytics: are you ready for the future?
Take part in HRTech.ai’s survey for a free copy of its report and the chance to win £200 Amazon vouchers. Find out more

Even though the market is still immature and uptake is at the earliest of stages, machine-learning software is making its presence felt. But how significant an impact is it likely to have on HR and recruitment over the next few years?

When Deloitte and Oxford University released their study in 2013 indicating that 35% of all UK job types would be replaced by machines within 20 years, it was just the kind of manual processes involved in recruitment that the researchers had in mind.

Gareth Jones, partner and head of technology at HR consultancy The Chemistry Group, certainly believes that the growing adoption of artificial intelligence (AI) software will have a decisive impact. As such, he expects that some current jobs will morph or be lost, while new ones will be created.

“It doesn’t mean that I’m prophesying a complete end to the industry. But the fact that, even in our unsophisticated market, some form of technology is already being used to assess candidates, means that some recruiters are starting to be removed from the process,” he says.

HR Tech World’s disruptHR: the ones to watch

Can the human in HR ever be replaced?

Five recruitment tech trends to keep on top of

“So rather than having 10 people reviewing and evaluating CVs, it’s increasingly being put in the hands of screening tools, for example.”

The advantage of this approach is that it offers cost reduction and efficiency gains.

“The thing people often forget is that if an applicant has a crappy experience trying to get a job, they’ll stop being a customer too. So process effectiveness has a huge return on investment,” Jones says.

“On top of that, if you hire the right people for the right job, there’s an upside in terms of value. So it’s a no-brainer.”

As a result, despite current barriers to adoption such as AI software’s unproven nature and cost, along with data privacy concerns, he believes that “the market is potentially huge”. And once it reaches its tipping point, the opportunity for HR and recruitment professionals will be huge, too.

One company that has already embraced AI software is recruitment outsourcing and consultancy services provider, Alexander Mann Solutions. It currently uses the technology to automate manual processes, such as interview scheduling and authorising job offers.

It also uses a system called Joberate to determine how likely individual candidates are to be interested in, and suited to, a given job by psychologically profiling them based on their CVs and publicly-available social data.

Jeremy Tipper, the company’s consulting and innovation director, explains: “We have a lot of people doing relatively administrative roles so we want to free their time to do things that are more value-adding.

“Do we see swathes of people being made redundant as a result? No. It’s about giving them back the time they now spend on admin processes so that they can build relationships more effectively.”

This scenario will generate a “back to the future” effect, Tipper believes. With the help of AI software, he says, we’ll move from a period of ever more data and information available to us and less engagement, to the more personalised practices of the 1980s and 1990s.

It’s not just about the pure hiring process, either, explains Jones.

“There’s massive potential in being able to profile people effectively and use it to predict behaviour, especially if you can automate not just hiring, but the process of identifying potential accurately,” he says.

“Understanding people’s true capabilities would mean you’d stop recruiting average candidates as you’d get the right person for the right job. You’d also be able to see that the person sitting in IT might actually be better in marketing.”

His only concern though is society’s ability to adjust to these shifts that are happening much more quickly than ever before.

“When you had changes in the past such as moving to mass production, it happened at a much slower pace so you could retrain people,” Jones says.

We have a lot of people doing relatively administrative roles so we want to free their time to do things that are more value-adding.” – Jeremy Tipper, Alexander Mann Group

“But it’s now happening at such a pace that I don’t think we’ll be able to adjust in time, which means that people will possibly be displaced more quickly, with fewer answers as to what to do.”

Tipper believes that freeing up people to focus on relationships has hugely positive potential, however.

“[In the 1980s and 90s] it was all about the relationships you could build with your hiring managers and candidates, and getting candidates excited as part of the process.

“But that all drifted away as nearly everyone got access to information through job boards and sites like LinkedIn.”

Automating mundane tasks not only improves the candidate experience and makes internal processes more effective, it also makes staff happier. “The feedback from employees has been very positive in the main as it frees people up to do more interesting work,” Tipper says.

Angela Hood, chief executive of This Way Global, an AI start-up that has been incubated for the last two-and-a-half years in ideaSpace at the University of Cambridge, agrees.

“Our goal isn’t to try and replace recruiters – we’ll still need them,” she says. “What we want to do is remove the fatiguing part, the grunt work, so they can focus on recruiting, onboarding and engaging people better. It’s about complementing rather than replacing.”

A key aim of its system is to take the bias out of recruitment when sifting through potential job candidates’ profiles.

Its Match-ic machine-learning algorithms focus on assessing applicants’ skills, motivation and aims rather than their name, gender, age or any other potentially identifying information.

Suitable prospects are then matched against an employer’s requirements based on objective rather than subjective data, reducing the likelihood of unconscious bias in the process.

This data is, in turn, provided confidentially by applicants themselves and gleaned from other sources such as social media sites, if permission has been given.

“A Fortune 500 study in the US showed that talent diversity delivers a 14% increase in ROI [return on investment], which means a real impact on the bottom line,” Hood says. “So it’s about removing bias. Maths and science don’t introduce that bias, it’s humans who do that.”

This Way Global, currently undergoing its first round of seed funding, intends to make its matchmaking technology available on its website for free from March 2017.

Further plans include selling consulting services such as pipeline development, cloning successful teams in different geographies, and acquisition analysis to help employers understand what they are good at.

The founders of a second start-up, Beamery, believe that its machine-learning software has the potential to bring about a radical shake-up in the hiring industry.

The London-based firm, formerly known as Seed.Jobs, lists Facebook and US grocery delivery service Instacart among its customers, and has just raised $2 million in seed funding after catching the eye of Edenred Capital Partners and the Polish HR tech firm Grupa Pracuj.

Ben Slater, its vice president of growth, describes its product as a “CRM system for recruitment” – the company’s vision is to “become the Salesforce.com for recruiting”.

The cloud-based system works by connecting to an organisation’s existing applicant tracking system (ATS) and syncing its database with Beamery’s.

It also connects to the hiring organisation’s email and calendaring system and trawls social media sites for information to add to each candidate’s profile in order to provide a more rounded view of them.

Using data mining algorithms, the software then tracks any interaction the company has had with potential applicants in order to predict which candidates are the most engaged, and when the best time to approach them might be.

It also automatically sends out routine but personalised emails and follow-up messages based on these interactions in a bid to boost engagement further.

What does this mean for recruiters?

Although it is currently used by some external consultancies, Slater says that, in fact, in-house recruiters are its primary market.

“We’re helping small teams by giving them the ability to scale their resources and act like larger ones,” he says. “But we’ll also cut down on larger, more bloated recruiting teams, many of whom do boring tasks like data entry. Which means that, yes, the head of talent might well decide to reduce the size of their team.”

Slater believes that the technology could also have a disruptive influence on recruitment consultancies.

“A lot of people outsource the problem and spend their budget on agencies,” he says. “But with our solution, you can do things yourself much more quickly and cost-effectively.”

“A year’s subscription pales compared to making a few hires with a recruitment agency so it could have an impact on outsourcers too.”

But Becky Mossman, HR director for Europe, the Middle East and Africa as well as Asia Pacific at background screening company HireRight, is not quite so sure that AI software spells the end for recruitment agencies.

“AI software may push more recruitment back in-house, but agencies will still have their part to play,” she says. “They’ll just need to become more competitive and will possibly partner with software suppliers in order to enhance their offerings.”

The same applies for in-house recruiters too. “AI software enhances processes, but recruitment is ultimately about people so you can’t take human interaction away entirely.

“Software will free people up to do more talent planning, but it’s never going to understand culture or see if a person fits into that culture. You need people to do that,” Mossman concludes.