Getting off to a good start with temporary staff induction 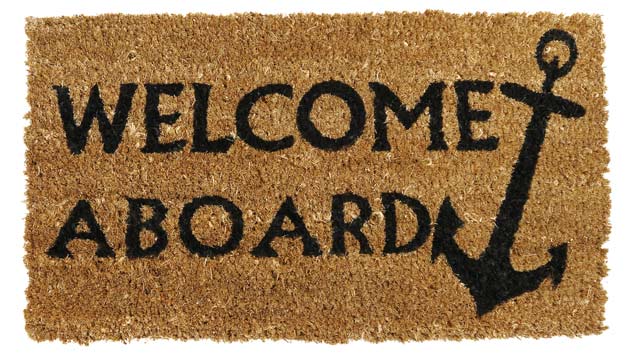 Many employers focus their induction efforts on permanent staff, but a new online onboarding system can help them ensure that temporary workers and contractors are up to speed too.

Do you have a nice, easy, reliable way to induct your temps, freelancers and contractors into the organisation? If not, focusing on induction purely for permanent staff means you could be missing a trick.

According to the Flex appeal report from the REC, between 2008 and 2014, the number of temporary workers in the UK leapt by 20% to 1.7 million, compared with growth of just 0.3% in full-time employees.

So although the number of people working in some kind of temporary capacity still makes up only 5% of the total workforce, it is undoubtedly a growing proportion, even now that the recession is officially over and employers are returning to hiring mode.

Research suggests that more people are starting to appreciate the independence that a more flexible way of working brings, while others find that in certain sections of the market they can simply make more money by going it alone.

But this scenario leaves employers with the issue of how to onboard and train temporary staff quickly, efficiently and consistently in order to ensure that they can hit the ground running.

And that’s where an online service called initiafy, a Dublin-based company that was set up in 2012, might come in. It enables companies to perform two key tasks: to capture the personal details of new joiners, and to train them in key areas such as health and safety.

Employers can provide their own content, using existing multimedia materials they use when inducting their permanent staff.

By taking an online approach, once the training has taken place, workers can be tested using quizzes to check that information has been understood. Scores are then recorded in the system and can be used as part of a wider certification process to authorise access to given sites.

To make sure that everyone is prepared before they start work, employers can email new staff a link beforehand, or provide their agency or outsourcing provider with an induction code to send to relevant staff.

Cillian O’Grady, vice-president of global sales at initiafy, says: “One of the key benefits for employers is consistency, especially if you operate in diverse locations. It can also stop people slipping through the net as can happen with manual systems.”

A major advantage for temps, on the other hand, is that they can learn at their own pace using any device that suits them.

Initiafy, which currently counts the UK as its biggest market, focuses on sectors with a high proportion of casual labour such as construction, retail, utilities, logistics, hospitality, leisure and tourism.

The organisation is also aiming to boost revenues by 300% this year, having just set up an office in New York and with sights on the Netherlands, France and Italy as well as some regions of the Middle East and Africa.