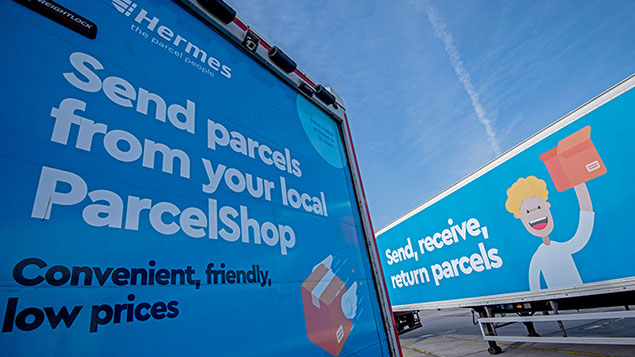 An employment tribunal has ruled that a group of Hermes couriers are workers, rather than self-employed.

Today’s tribunal in Leeds found that the drivers should be entitled to basic employment rights such as the national minimum wage and holiday pay.

According to the GMB union and its lawyers Leigh Day, which represented the drivers, today’s decision will directly affect 65 original claimants.

The union claimed there could be more than 14,000 other Hermes workers that are on the same contracts and so may be entitled to the same rights.

There will now be a further hearing in the employment tribunal to calculate the holiday pay, national minimum wage and any unlawful deductions that the couriers should receive as backpay.

The tribunal’s decision that Hermes drivers are workers is the latest in a string of gig economy judgments against companies such as Uber and Addison Lee, which have deemed drivers and couriers to be workers in spite of the companies’ claims they are self-employed.

In the past, Hermes has tried to distance itself from other gig economy employers, claiming it negotiated terms with drivers on a face-to-face basis rather than “through a faceless app”.

GMB’s general secretary Tim Roache said that today’s judgment “shows shows the gig economy for what it is – old fashioned exploitation under a shiny new facade”.

“Bosses can’t just pick and choose which laws to obey. Workers’ rights were hard won, GMB isn’t about to sit back and let them be eroded or removed by the latest loophole employers have come up with to make a few extra quid,” he said.

Roache added that the decision was “another nail in the coffin of the exploitative bogus self-employment model which is increasingly rife across the UK”.

Hermes said it was likely to appeal the decision, issuing the following statement: “We will carefully review the tribunal’s decision, but we are likely to appeal it given that it goes against previous decisions, our understanding of the witness evidence and what we believe the law to be.

“In the meantime it is business as usual and we remain committed to providing couriers with the benefits of flexible working and the ability to earn well in excess of the national living wage.”

Chair of the work and pensions select committee, Frank Field MP said: “Can even the World Cup produce a better result than this?

“It ranks among the most substantial judicial interventions ever to support vulnerable workers in this country. The decision is a mega knock-back to those companies still using old means of exploiting vulnerable workers.”

Simon McVicker, director of policy for the Association of Independent Professionals and the Self-Employed, added: “The uncertainty about who is and who isn’t genuinely self-employed must stop.

“It is unacceptable that policymakers are relying on costly, time-consuming court cases as the first port of call in determining employment status.”

IPSE is urging the government to write a positive definition of self-employment into law.

He added: “We should be cautious, however, not to take today’s case as being representative of the ‘gig economy’ or wider self-employment, and then try to regulate these ways of working into oblivion. The reality is that the vast majority of self-employed engagements are what they claim to be: genuine business-to-business engagements which are beneficial to both parties, and to the wider UK economy.”

Although a draft gig economy Bill was published last November by the business, energy and industrial strategy committee, the government is yet to produce firm legislation on employment status.

One Response to Hermes drivers ruled as workers, not self-employed