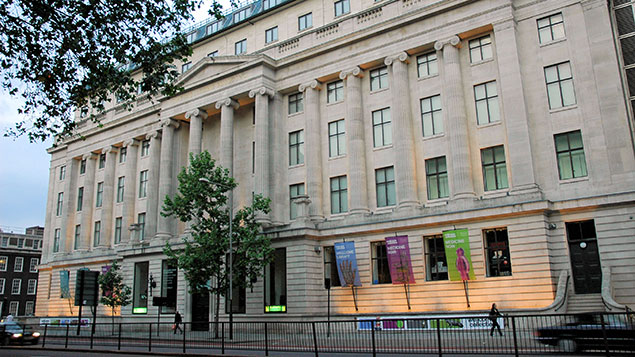 It felt as though the flexibility agenda took a step backwards earlier this year when research organisation the Wellcome Trust scrapped its plans to trial a four-day week for its 800 head office staff.

After a three-month study into whether giving staff Friday off would work, the Wellcome Trust said it would be “too operationally complex to implement”. Speaking at last week’s CIPD Annual Conference and Exhibition, Jean Christophe Fonfreyde, head of reward, said that a pilot had led it to ask lots of questions about how it worked as an organisation.

“We’re one of the biggest organisations to do this so there was a lot of scrutiny on us,” he said. Questions would keep cropping up, he added: what would happen to part-time workers (if others are getting paid for five days and work four)? Would outsourcing partners have to grant their employees the same conditions? There are demands on us every day of the week, so how would we respond? If some departments worked four days and others did not, would that create a two-tier organisation?

What happened at Wellcome is an illustration of how a well-intentioned campaign to get British employees working fewer hours – championed by the TUC and the Labour Party – can be a minefield in terms of the actual implementation.

Last year the TUC urged employers to make the most of advances in technology to cut working hours, while a study by Henley Business School claimed that a four-day working week led to improvements at 64% of companies and could also lead to a cleaner environmental footprint. Daniella Guizzo, senior lecturer in economics at the University of the West of England, said that if we changed our working hours, we would also be forced to change the way we work. “Nine to five is relatively recent and was down to changes in policies and momentum – we need to push for a reduction in working time.”

On the flipside, the Centre for Policy Studies suggested this week that a formal reduction of working hours led by government could cost taxpayers £17bn. Talking of the Labour Party’s proposals to cut working hours for public service workers to 32 per week rather than 40, the think-tank said: “This proposal puts the cart before the horse. We need to raise productivity before we can afford to shorten the working week, not vice versa – and public sector productivity growth over the last couple of decades has been almost static.”

In some companies where a four-day week has been successfully implemented, there have been tangible benefits, however. Explaining how her company had introduced four-day working at the CIPD conference, Ffyona Dawber, CEO of communications company Synergy Vision, said there had been a noticeable saving on recruitment, training and onboarding because retention has improved. “Turnover has reduced to about 10% or 15% per year compared with an average in London for our industry of 25%. Hiring is a lot easier because people have heard about us and the four-day week,” she said.

Nine to five is relatively recent and was down to changes in policies and momentum – we need to push for a reduction in working time” – Daniella Guizzo, University of the West of England

Rich Leigh, CEO of Radioactive PR, added that he had to overcome scepticism from others when he introduced a four-day week 18 months ago. “People would say things like ‘Call yourself a businessman?’ and tell me it would never work. The key is to be open about it, whether it’s going well or not. If clients were unhappy, then we’d have to look at it, but we constantly talk to them about it and in every case it’s positive,” he said. In fact, net margin has increased, suggesting there has been a gain in productivity.

Technology has been a real enabler, he said. “It felt as though Fridays were becoming redundant. We would do reports for clients that can now be done [using technology] in 20 minutes. If they need something we can message them on platforms such as Slack and cloud-based systems mean we can work smarter,” said Leigh. “Time management has improved massively. People see this as something they don’t want to lose, so they protect it.”

While Radioactive PR does a Monday to Thursday week, Synergy Vision staff spread their reduced hours across the whole week, with a “core day” where everyone’s in the office on Thursday. “We did a trial and looked at the issues and we do a staff survey every two months to see how people are feeling,” said Dawber. “The two things that have made this work are getting people involved with the decision and working smarter.”

What these companies have in common, however, is that they are smaller and more able to be flexible around hours. Imposing a rigid new structure in a larger, more dispersed organisation such as the Wellcome Trust is far more complicated. “You have to tailor it to your organisation or it becomes so rigid that you’ll end up making people more stressed,” said Fonfreyde. “We were worried that we’d put pressure on people to do a five-day job in a four-day week – otherwise you erase all the wellbeing benefits.” This chimes with a recent piece of research from the University of Sussex, which found that banning the use of email outside of working hours could actually do more harm than good to employees’ mental health.

Aidan Harper, a researcher at the New Economics Foundation, advised that successful implementations of shorter working weeks tended to happen where the change was both “bottom up and top down”, rather than enforced as a management initiative. He said: “HR and management don’t know what that worker does day in day out, where tasks can be condensed – this should be something that happens with workers rather than to them.” Regular dialogue can help; at Synergy they asked employees what they would do with their day off. Many said they’d do chores so they could have the weekend free to spend with family and friends.

As Wellcome’s experience has demonstrated, the practicalities of cutting working hours have the potential to erode the benefits, at least initially. But done in a flexible way with the option to “flex back up” again when needs must, it is possible for organisations to cut back on working time without slashing productivity.