Labour would launch unskilled migrant visa, according to leaked policy

By Jo Faragher on 31 May 2017 in Brexit, Political elections, Recruitment & retention, Migrant Workers 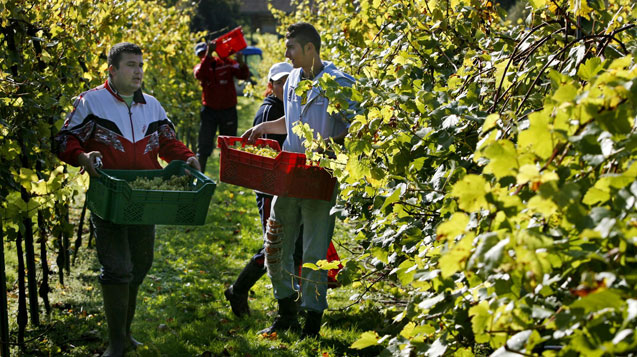 Labour would launch a policy to allow unskilled migrants into the UK after Brexit, according to a draft policy paper that has been leaked to the Daily Telegraph and the Daily Mail.

The paper suggests that Jeremy Corbyn’s party, if it won the forthcoming general election, would bring back a special visa scheme for people seeking “low skilled, unskilled and seasonal work” in the UK.

The new visa path would be known as Tier 3, and is one of five original tiers of immigration visas drawn up by the Labour Government in 2008, which aimed to attract foreign workers into the UK to do low-paid jobs not favoured by British workers.

However, it never came into force because of an influx of workers from Eastern Europe.

Reports also suggest that the leaked policy would put an end to rules preventing foreign spouses coming to the UK if their partner earns less than £18,600 per year.

The plans did not appear in the manifesto, but Corbyn has already indicated he would introduce a “fair immigration system” without elaborating on the numbers. However, they do appear to contradict a pledge that Labour would legislate to ensure that employers recruiting workers from abroad do not undercut workers in the UK.

Some industries would likely welcome the policy, if it came to fruition. A House of Lords committee recently concluded that without access to EU labour, agriculture and food manufacturers in the UK would face severe difficulties and that there would not be sufficient local labour to fill the shortfall.

The Conservative party has pledged to bring migration down to tens of thousands over the course of the next parliament. If the party wins the election, it plans to double the current Immigration Skills Charge to £2,000 a year per employee by 2022.

This charge applies to Tier 2 work visa workers, who must earn more than £30,000 per year and work in one of the Government’s priority occupations, which includes engineers and nurses.

Labour has refused to confirm or deny whether the leaked policy plans will go ahead if it wins the election. A spokesperson said: “As part of our work in exploring the options, a number of discussion papers have been produced. This is part of one such document. It is not a statement of Labour policy, which is set out in our manifesto.”