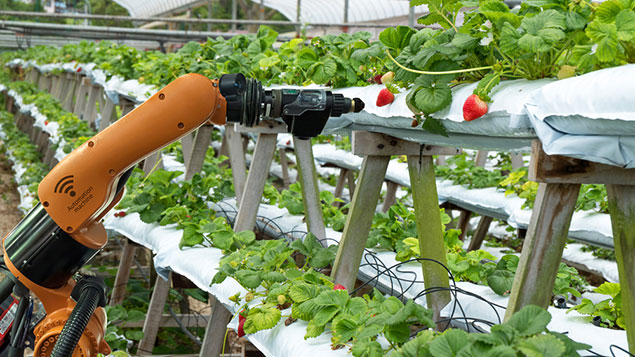 With predictions suggesting that AI could end up creating more jobs than it replaces in 20 years’ time, how will this impact workplace dynamics? Those that adapt quickly will fare the best, argues Charles Towers-Clark.

Hollywood has filled our screens and minds with super-intelligent systems breaking free of human control and creating a ‘Matrix’ controlled world. And a recent piece of research by PwC predicted that artificial intelligence (AI) will actually create more jobs than it replaces.

Why robots should ‘report’ to HR

HR must do more to match employees’ expectations of AI

However, the reality is that AI is nothing more than a way of utilising data. It’s a bit of a dull way to think about it, but realistic – and it will become more prominent in our lives.

It will be used for good or bad, depending upon how people choose to use it, but instead of worrying about that we should put our energy into how we can use it to our advantage, and how we can improve ourselves.

The march of progress brings industrial revolutions along with it, which simplify the most complicated tasks of the day.

The technological revolution precipitated by AI will disrupt on a colossal scale, but just as in the past, humanity has nothing to fear if we make full use of the new tools available to us.

Each previous technological leap has brought dramatic change to the working environment.

When the spinning jenny made yarn production easier and faster, when conveyor belts made factories 100 times more productive, and when automated machines took over the most intricate processes, the specialists of their day were all outraged that an object would replace them.

But these invading objects brought new possibilities with them, and, as resourceful humans, we adapted each time and created an entirely new job or industry out of new technology.

These new jobs weren’t just replacements for the old, they were more specialised, more challenging, and pushed us further along the path of progress – spinners became mill workers, factory workers became overseers, and fine motor specialists turned their hands to maintain the robots.

The mass adoption of AI will inevitably ruffle feathers that have been sat in the nest too long. But those people who push themselves to become better and adapt to this technology will always have a purpose following the technological revolution.

This new influx of technology and introduction of a new base level of productivity will be different from the other previous revolutions in only one respect: we will not become more specialised, but instead must enhance our ability to think on a broad scale. Becoming more specialised in the face of AI, a technology that can reduce any labour-intensive process to a matter of minutes, makes no sense at all.

Instead, we need to enhance those human skills that set us above AI and its unprecedented processing power, so the way work and think must move away from rote-learning, from fixed roles and a ‘that’s not my job’ mentality.

Working on our human attributes is the only way to adapt to the opportunity that AI will bring, and to make sure that we are fulfilled in our work for years to come.”

If we don’t move out of our box, every specialism will eventually be replaced by AI, and there will not be enough of us to manage these incredibly complex processes and relate them to the real world.

With the right preparation, AI will help us deal with almost any complicated and laborious process without impacting our employment chances. This is partly because our robot co-workers will rely heavily on “backpropagation”, an algorithmic technique used to learn from previous experience, but that also has to start from scratch when asked to pick up a bottle instead of a cup.

The abstract thought necessary to discount irrelevant differences (to know that a cup and a bottle are basically the same shapes), is still an exclusively human skill and will remain so until AI has progressed to an unsettling level of intelligence.

This aspect of AI makes it ideally suited to those jobs between manual labour and specialist ‘thought’ jobs that will need human attention, at least for the near future.

Construction, some medical procedures, and even case law can all be handled reasonably well by AI machines already, whereas architecture, front-line patient care, and courtroom negotiations are still a long way off.

In our company, Pod Group, we developed a strategy that promotes the essential qualities which set us above machines – Wisdom, Emotional intelligence, Intuition, Responsibility and Development (WEIRD). This WEIRD strategy sets out to create a sense of individual ownership and leadership in each employee, helping to drive a healthy collective vision from the front-line.

When you assume that everyone is capable, that we should enjoy our time at work, and that value is created by maximising what we can do collectively, people feel they are valued for what they bring to the table.

Because we should enjoy working, people can choose where they work, and when to take a holiday. Because all the information about the company is transparent and available – including salaries decided by each individual – every project can be completed knowing all of the relevant information, including costs and returns.

This kind of freedom and responsibility – being treated like a fully grown adult, in other words – will be necessary when ‘the office drone’ is replaced by an AI programme, and will allow us to make the most out of this technology while also making the most out of ourselves.

Rise of the humans

There are no hard and fast rules for promoting these human attributes. Our quarterly 360 evaluation of everyone in the company, by everyone, might not work everywhere and all companies should create their structures organically to bring out the best of that team.

Working on our human attributes is the only way to adapt to the opportunity that AI will bring, and to make sure that we are fulfilled in our work for years to come.

The technological revolution might be scary for some, but change is always difficult until you can see your place in the new world – in this case, we will become leaders, thinkers, and managers of AI underlings.

One Response to Leading the way: Why AI will help humans find their calling