Research carried out for London daily newspaper, the Evening Standard, has found that only 3% of the technology industry’s employees in the capital are black despite black people making up 13% of the city’s population.

Tottenham MP David Lammy in response urged tech leaders to do more to promote diversity in their industry. He said: “The under-representation of black workers in UK tech is deeply disappointing. Big tech corporations and start-ups must do more to find talent from all backgrounds.

“All levels of government should work to give young people from all ethnicities the skills, opportunities and ambition to get the jobs of the future.”

Russ Shaw, founder of Tech London Advocates, told the Evening Standard that the figures, compiled by recruitment agent Hired, “pi**ed him off” and that the real issue that needed tackling was the existence of a “tech bro culture” whereby white males only hired white males.

According to Shaw recruitment agents used by tech bosses hired from the same white pool of workers.

He added that start-ups said that when raising money investors would also want control over their recruitment process and had the same attitude to who was selected as the agents.

“It means you don’t end up with a diverse recruitment pool. It’s unacceptable,” Shaw said.

Many of the companies are based in Shoreditch, Hoxton and Stratford, where traditionally there have been large black populations in London, and also like to project an image of themselves as being on-trend and progressive.

A similar problem exists across the Atlantic where although the proportion of black tech workers is increasing, black people only make up around 8% of the US high tech workforce and less than 5% of the Silicon Valley workforce.

One black Facebook worker in the US told Fortune website: “Culture doesn’t change rapidly. You can improve the metric, but I think you would still have a broader cultural issue in the company that wouldn’t be solved.”

Ayodele Alakija, a software developer at Deloitte, told the Evening Standard that he believed part of the problem was the lack of role models in the industry for young black people.

He said: “I never did have any black role models in tech. My role model in that situation was and still is Bill Gates.” 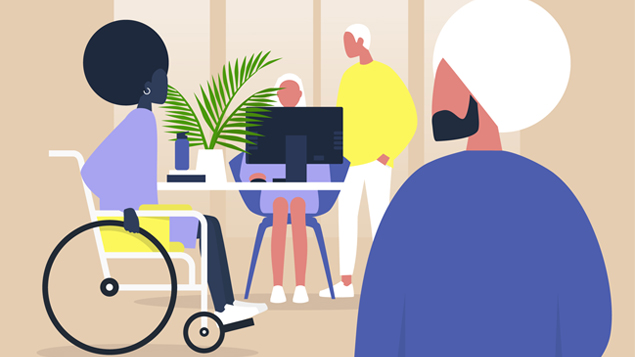 Diversity and inclusion could form a cornerstone of businesses' recovery after the coronavirus pandemic, the CIPD's Festival of Work heard.