How to make video technology work beyond recruitment 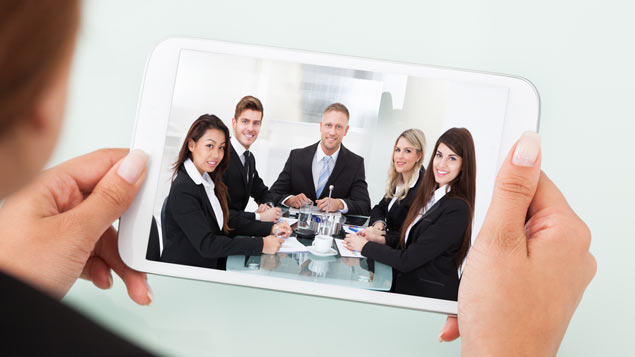 Video can help with induction, training and remote working, as well as recruitment.

Using video for hiring interviews is growing in popularity, but how can organisations expand how they use this versatile technology? Cath Everett reports.

Video has become pretty established in the recruitment world, but its uses are many, according to Anna Gamal, Polycom’s senior HR business partner for Europe, the Middle East and Africa.

Using video in the workplace

Gamal had never used video before she started working for the collaboration and communication technology provider seven years ago, but now says she can’t imagine life without it.

“Other HR people I know have to travel a lot more than me, for example, to meet new hires, which is expensive and can be inconvenient,” she attests. “Video just makes life so much easier.”

Polycom uses video to undertake initial screening calls with potential candidates across Europe. Gamal is also always involved in new hires’ final interview, which is undertaken via video link because she is based in the UK.

“It saves money and travel time and we can also interview people more swiftly and get them on board quicker,” she explains.

“It also means we can have a video call during someone’s lunch break or after work if we need to be discreet, and they don’t have to take time out and travel to another country.”

According to Polycom’s research into return on investment in video, time-to-hire can be reduced by 35%, while travel expenses can be cut by 67%.

If new recruits are based outside of the UK, it is much more cost- and time-efficient for them to meet Gamal and any other relevant colleagues from different departments via video link on their first day rather than have to travel abroad for the sake of a couple of hours’ face-to-face time.

“Video enables people to meet the rest of the team from their desk so that they can feel part of it all instantly,” she says.

The rest of the onboarding experience, meanwhile, consists of a mixture of video-based induction training and face-to-face meetings with local staff and managers.

Polycom has introduced a flexible working culture across the organisation and finds that video acts as a useful enabler.

“Rather than being stuck on the motorway during commute time, you can do a couple of video meetings in the morning and then come into the office after that,” says Gamal.

“So we encourage people to use technology to work flexibly as it helps us to retain talent and they can work from home without missing anything.”

Polycom’s Workplace of the Future report found that 41% of staff felt being able to work flexibly was either an “important” or “very important” factor when deciding whether or not to work for their current employer, while two out of five of the world’s most effective leaders attested that they would not be willing to relocate.

Over the last five years, as budgets tightened during the recession, the company increasingly started using video-based training in a bid to cut associated travel and accommodation costs.

Now most of its learning and development activities are undertaken this way – apart from the week-long Prince 2 project management training, which involves participants sitting an exam in a moderated room with examiners present at the end.

“Video learning can be very interactive,” says Gamal. “If you need to break people up into groups, you can even put them into virtual meeting rooms almost as if they were there in person – it’s very effective.”

But there are various considerations if going down this route, she adds. It’s important to send out any necessary preparation work or handouts in advance via either email or post to ensure that people have them when they need them.

It’s also vital to set up the video room correctly to ensure that everyone is in the right place and to make certain group members have regular breaks as they would undertaking any course.