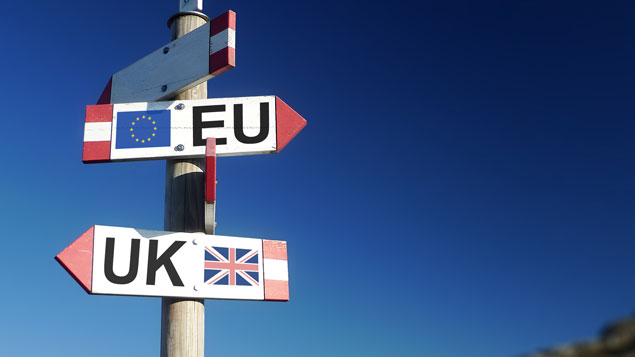 With less than a year to go until Brexit, 96% of HR professionals and recruiters have said it is having an impact on their hiring strategies.

According to research by LinkedIn UK, almost half (44%) of those responsible for recruitment believe that working in the UK is now less attractive to applicants from the EU, while 28% said it was losing its appeal for candidates from the rest of the world.

LinkedIn’s Recruiter Sentiment survey – the results of which were published in its Workforce Report for April – found that 40% of recruiters and HR professionals believed that the availability of talent had become an issue after the decision to leave the EU, while 38% said business uncertainty was having an effect on hiring decisions.

Although sourcing and hiring candidates from diverse backgrounds was identified as a priority by 56% of recruiters, 46% said Brexit had a “big” or “huge” impact on their hiring strategies.

More than a third (36%) said candidates were reluctant to move to the UK and 28% believed competition from international businesses was an issue.

The biggest decrease in job interest came from those living in “core European markets”. In the last quarter 37% of recruiters saw a drop in candidates from Italy, 35% found there was a drop in interest from France, 35% from Germany, 32% from the Netherlands, 29% from Spain and 33% from other EU countries.

Brexit had also affected interest from candidates from the rest of the world; 27% claimed there had been a decrease in hires from South Africa, 27% from Canada, 26% from Australia and 25% from the USA.

Jon Addison, head of talent solutions at LinkedIn UK, said the results suggested the war for talent was more competitive than ever before.

“This means there is a huge opportunity for businesses to focus on their employer branding efforts – to make their voice heard and their brand name known. Only then will they be able to attract the top professionals – at home and further afield,” he explained.

Addison said there were three steps employers needed to take to reduce the impact Brexit would have on their hiring plans.

Firstly, they needed to make sure that long-term hiring strategies and workforce planning were aligned with business priorities: “HR teams should be leveraging workforce insights and data to ensure that in combination with their recruiters’ instincts, they make informed decisions and plan to hire talent not just for skills their business needs now, but will need in six to 12 months’ time too.”

Secondly, they needed to “think learning and development first” by considering upskilling their current teams to fill skills gaps, rather that automatically looking to recruitment.

And, finally, employers needed to “elevate their brand beyond borders” to improve their appeal overseas.

The greatest effect on hiring plans was felt by the healthcare sector, according to 13% of recruiters. This was closely followed by manufacturing (11%), construction (11%), education (11%), banking and finance (11%) and retail (10%).

London in particular was losing its appeal among overseas candidates, with 54% of recruiters claiming that Brexit had had a “big” or “huge” impact on recruitment in the capital. Four in 10 (39%) said candidates were reluctant to move to London.

A separate study of job search data by Monster.co.uk earlier this year found that the number of EU residents actively seeking jobs in the UK fell by more than 11% since the EU referendum in June 2016.