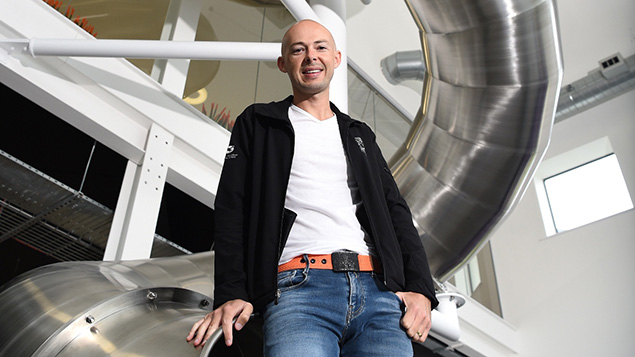 Tech sector employers are often fiercely competitive over candidates, so what can we learn from EKM, a small web company in Lancashire that claims it’s more difficult to get into than Oxford and does not publicise roles?

Why do so few staff feel their employer lives up to its brand?

With so much noise about talent shortages in the tech sector, it’s perhaps unusual to find a company that’s turning skilled candidates away.

This is not Google or Facebook either – it’s a small organisation based in Preston, Lancashire where managing director Antony Chesworth believes it’s harder to get a job than it is to get a place at Oxford University.

EKM is the UK’s main platform provider for online shops (similar to Canadian company Shopify), and Chesworth estimates that out of all the CVs and applications that are sent to the company – only 0.3% are hired, on a par with successful applications to the dreaming spires. EKM does not rely on recruiters or explicitly advertise roles, preferring instead to have an active social media presence. Customer events also often become a source of candidates: individuals who enjoy working with the platform and know the business as a customer are keen to come on board as employees.

“We have around 75 employees at the moment – we recruit engineers, programmers like any other web company but we’re also looking for salespeople, customer service people and designers,” says Chesworth. “We probably hire around three to four people a month and it can feel for some managers that they’re hiring all the time.”

Making recruitment integral to the success of the business has helped to build a culture where the workforce is as important as the customer, he adds. “We’ve accepted that recruitment is part of business – rather than seeing it as ‘we need to find someone for X role’. A lot of businesses put all their effort into finding customers, yet for most businesses, your employees are the most important part of your business. You need to treat them in the same way you do your customers. You attract them, you onboard them properly, you look after them so they don’t go looking at competitors, and if they leave you find out why.”

The Google-style office helps sustain this culture – there’s a three-storey slide that runs from the top floor to the dining area, free food and ample parking. While many experienced tech candidates tend to flock to hubs such as Cambridge and London, Chesworth believes the feel of the Preston-based office adds to employees’ quality of life and aids both attraction and retention.

“It’s the little things. You could get the best job in the world but they ask you to pay into a kitty for teabags and you think a little less of that employer. We attract people who might usually work in Manchester but can’t face commuting for three hours a day,” he says. Many potential employees who approach the business have “done their time” in the big cities and choose to relocate for a better work-life balance, he adds.

“If you don’t like the job you’re doing, talk to us about it. We’ve had people who worked in customer service become engineers.”

An experience working as a hospital porter – often around those who were dying – shaped his view that at work we should do something we love. He cites research reports that suggest that well over half of employees hate or are frustrated with their jobs – these are not the people he’s hoping will show up for selection.

“When we interview people there are two types – ‘employees’ who may well enjoy their work but for whom it’s still a job; and then there are the ‘gold-dust’ candidates, the ‘unicorns’ who are really part of the team. They want to grow the business and take ownership of that. These are the people who care, and customers respond to that.”

At same time, EKM is focusing on growing its own talent through apprenticeships and hiring juniors – as well as being open minded about how people move through the business. Chesworth says: “If you don’t like the job you’re doing, talk to us about it. We’ve had people who worked in customer service become engineers. There’s no limitation on people, if you want something, open up that opportunity rather than waiting for it to be offered to you.”

But unlike many employers in this sector, attracting people is not an issue. Potential candidates email the business all the time: Chesworth recounts how one customer messaged him over Twitter on a Sunday night.

“He’s a programmer, he’s already bought into what we do and he’s interested in applying for a job. Most businesses like ours would kill to get their hands on people like him but he’s come direct to us,” he says. There’s no secret formula; it’s simply a case of treating employees as you would a valued customer and word gets around. Chesworth concludes: “They’re one and the same – that’s why I think it works.”

2 Responses to What’s the secret to attracting gold-dust candidates?