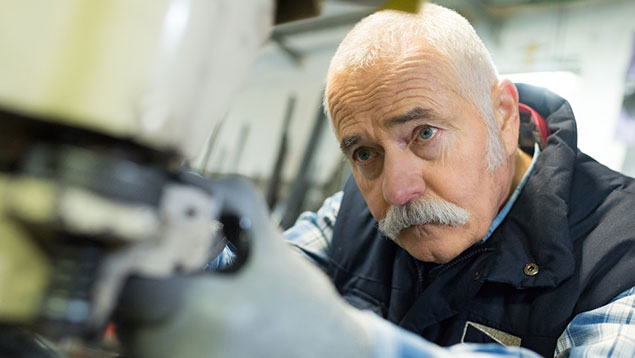 Despite more older people having to work for longer, age discrimination is still very much a factor in UK employment, risking the creation of a “forgotten generation who can’t find work”.

A new analysis from Rest Less, based on the latest data from the ONS Labour Market Overview, shows that those aged 50-64 are 33% more likely than any other age group to remain unemployed in the long term (two years or more).

This has led to fears of a growing “forgotten generation” who can’t find work and as a result give up, withdrawing from the labour market – just as the state pension age is rising: it will reach 66 next year and 67 between 2026 and 2028.

The analysis showed that one in five people, approximately 272,000 people, who are unemployed are aged over 50.

It also revealed significant a gender split in that 38% of men who are unemployed for two years or more are aged over 50, a larger proportion than women in the same age group (35%).

Stuart Lewis, founder of Rest Less, called for more attention to be given to the issue: “Unless more support is provided, we risk the creation of a ‘forgotten generation’ who can’t find work and simply stop looking – withdrawing from the labour market and often suffering from loneliness and isolation as a result.”

He added that although there were some progressive companies happy to utilise older members of the workforce, there were still too many that had an outdated view of age and what older workers could offer.

Lewis said: “Nearly nine years on from the Equality Act and we are still seeing overt age discrimination in the workplace with the over-50s more likely to be made redundant, to receive less workplace training and to remain in long-term unemployment than their younger counterparts. This is all against a backdrop of an ever-increasing state pension age requiring many to keep working for longer than they planned.”

Dr John Philpott, director of The Jobs Economist consultancy, agreed that age bias was a central issue behind the figures: “Unfair discrimination in hiring leaves older jobseekers frequently confronting a choice between long-term unemployment or joining the burgeoning ranks of self-employed odd jobbers. While employers are becoming ever more aware of the strong business case for employing and investing in older people, it’s therefore clear that much faster progress is needed.”