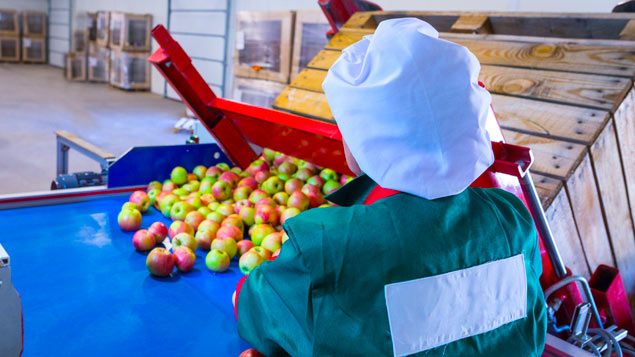 The government’s points-based immigration rules could increase the risk of worker exploitation, human trafficking and modern slavery by criminal gangs, charities have warned.

The proposed immigration policy could lead to the creation of a “black market” for low-paid workers from abroad, they said, and some employers might feel they have no choice but to hire undocumented workers if the supply of “low-skilled” workers from overseas is cut off in 2021.

Barbara Drozdowicz, the chief executive of the East European Resource Centre, a charity that advises Eastern Europeans in the UK, told the Guardian: “Even now, as eastern Europeans have full access to labour market, Poles and Romanians are two of five top nationalities who are reported victims of modern slavery in the UK.

“It is easy to imagine how increasing pressure to drive down labour costs will translate into much more severe coercion and abuse.”

Concerns were also expressed by Emily Kenway, a senior policy adviser at Focus on Labour Exploitation, who said: “If you take away the legal routes, people are just going to fall into the hands of traffickers. If we think of the tragedy in October when 39 Vietnamese people were killed, you see the terrible consequences of that.”

Under the points-based immigration system, overseas workers that want to live and work in the UK will need to meet certain criteria, including having a job offer at an appropriate skill level; having an approved sponsor; a salary of at least £25,600 (for most sectors); qualifications and their ability to speak English.

The government said the system will favour highly-skilled migrant workers, while “lower-skilled” workers would not be offered a visa.

According to the Migration Observatory at Oxford University, roughly 15% of low-skilled workers in the UK (an estimated 500,000 people) come from the EU.

Around 7,000 people were referred to the National Crime Agency as potential victims of modern slavery in the UK in 2018.

Home secretary Priti Patel said that with 20% of the working age population currently economically inactive, employers should look to this group to fill lower-paid roles.

The agricultural sector, which currently relies on overseas labour for seasonal work, will this year be able to recruit more non-EU workers on a temporary basis under an expanded seasonal workers pilot scheme. Farmers will be able to hire up to 10,000 workers in 2020, an increase from the previous 2,500 per year.

Environment secretary George Eustice said the pilot will act as a test for a future seasonal labour policy.