Business travel in the Trump and Brexit era: How to prepare for policy changes 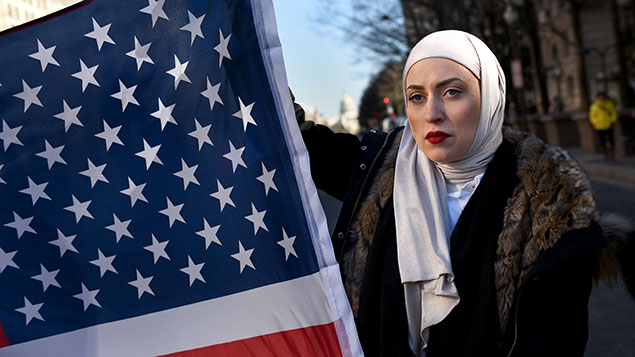 Fundamental changes in the immigration policy on both sides of the Atlantic mean that globally mobile workers face uncertain times. With potential more changes in the pipeline for those travelling to both the US and EU, how should employers prepare?

President Trump was elected on a promise of putting “America first”. And in the UK, similar protectionist sentiment is said to have been one of the main contributing factors to the Brexit vote.

The long-term effects of these changes in policies are yet to be seen, but what has happened so far? And how can businesses best prepare themselves for any policy changes?

Throughout his campaign, Donald Trump vocalised his feelings on immigration.

From his wish to build a wall along the Mexican border to the call for a travel ban from certain countries, Trump ran a campaign with immigration at the fore. Although many of the proposed measures have yet come to fruition, we are beginning to see some shifts in policy.

On a basic level, business travellers face heightened security at airports and other ports of entry. This has involved more frequent stops and longer questioning about the nature of their activities.

US Customs and Border Protection (CBP) issued a directive that outlines its authority to search for information stored on electronic devices during inbound and outbound border inspection.

In light of this directive, employees should be made aware of potential questions they may be asked and, more generally, their rights while at the border.

A further option would be to have any electronic devices containing large amounts of private data to be shipped ahead of time, although they may then be subject to other types of search.

In the UK there has also been a backlash against migrant workers. One of the recurring themes of the Brexit campaign was the ability for the UK to take control of its borders.

However, one of the four fundamental freedoms of the EU is the free movement of people, and there has been a feeling from pro-Brexiteers that this has led to uncontrolled numbers of migrants coming to the UK.

As a result of political pressure, Theresa May, the Prime Minister, has indicated that there could be a “hard Brexit” resulting in a total break from Europe.

The current position, subject to any withdrawal agreement between the UK and the EU, is to minimise disruption to those already living in the UK as of the date of the UK’s withdrawal on 29 March 2019.

It is anticipated that any EU citizen who arrives in the UK before the withdrawal date will be able to apply for settled status or a temporary residence permit depending on their prior length of stay in the UK.

Under current laws, EU citizens in the UK for more than five years can apply for permanent residency.

After the withdrawal date, those citizens in the UK for more than five years by the end of the transition period should be able to apply for settled status. EU negotiators want the transition period to end on 31 December 2020, but a Whitehall paper has this week suggested an open-ended transition, dependent on the progress of trade talks.

The UK and the EU have agreed that the conditions to receive settled status should be the same as or more generous than those in the existing Free Movement Directive.

The difficulty lies with EU citizens arriving after the withdrawal date. It has been proposed that EU nationals arriving in the UK post-Brexit should go through an ‘implementation period’ during which they can live, work and study in the UK as long as they have registered.

However, none of the details surrounding this have been agreed. There has been no agreement as to the length of the implementation period (although two years has been suggested) or the immigration requirements during and after this period.

Recent developments suggest that the EU and the UK are starting from diametrically opposite positions on this issue.

May, in an attempt to appease hard Brexiteers, told journalists on a visit to China that EU nationals arriving after Brexit in March 2019 should be treated differently to those who moved to the UK before Brexit.

This followed EU foreign ministers confirming the previous week that they wanted to give full citizens’ rights to nationals from the bloc arriving in Britain in an interim period after Brexit, including the right to remain indefinitely.

The rules for UK citizens in the EU have yet to be agreed but it is expected that reciprocal rules will apply, one exception being that UK citizens will likely only be ‘grandfathered’ to the particular EU State in which they are living at the time of Brexit.

At the moment, UK citizens can live and work across all EU states, which may not be the case after Brexit. With Theresa May pushing for a complete break from the EU, any favourable agreement for UK citizens seems less likely.

The most important thing any international employer can do in these uncertain times is to know its workforce and engage in strategic planning to minimise disruptions.

As most processes are likely to take longer, employers should begin applications sooner and expect increasing administrative and financial barriers in achieving their aims.

Equally important is for all employees to know their rights ahead of time. Travellers to the US should be aware of the questions CBP may ask and their rights in relation to work devices.

They should expect longer queues and more forceful questioning. Perhaps, more critically, EU citizens in the UK should be aware of their status and any risks they might face in losing their rights to live and work here.

However, nothing is agreed until it is agreed. These are uncertain times and the situation seems to change weekly. It is important to keep abreast of these issues and how they may impact your business.

One Response to Business travel in the Trump and Brexit era: How to prepare for policy changes