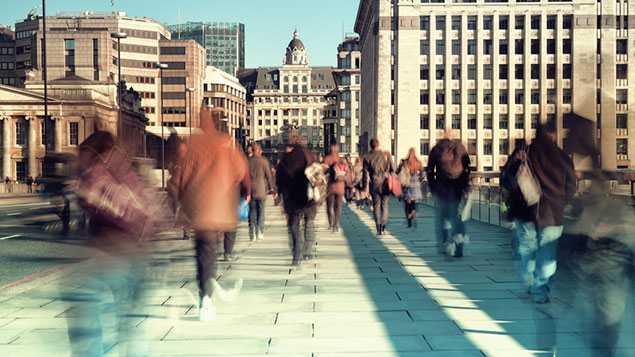 The UK’s service sector, which makes up 80% of the country’s economy, contracted in September prompting fears of a recession.

New contracts fell for the first time this year causing the biggest cut in employment in the sector since December 2009, according to the closely monitored Purchasing Managers’ Index (PMI).

The services sector has been considered highly resilient to the current Brexit uncertainty and was the only sector to grow when the economy contracted by 0.2% in the second quarter this year. Employment in manufacturing and construction also fell in September, found the PMI, with the fall in construction being the steepest since late 2010.

Particularly worrying is that the figures mean the UK is the only developed economy with its services sector in the process of becoming smaller, according to financial data provider Refinitiv.

Any reading below 50 on the index indicates a reduction in economic activity. The service sector moved from 50.6 in August to 49.5 last month. The all-sector index fell from 49.7 to 48.8, significantly weaker than comparable measures of activity globally and in the eurozone.

Williamson said this left the UK combined index at its lowest point since the immediate aftermath of the 2016 Brexit referendum but was particularly ominous “being the result of an insidious weakening of demand over the past year rather than a sudden shock”.

IHS Markit reported that about 25% of service sector companies had reported declining workforce numbers. This, it stated, was because organisations were not filling posts vacated by leavers, but it still represented the first decline in jobs for five months, and the sharpest since August 2010.

An even larger proportion of employers in manufacturing and construction, where figures have been artificially boosted by the stockpiling of materials and equipment, were shedding jobs, the Index found.

A further study published today by the British Chambers of Commerce (BCC) confirmed that economic conditions were weakening with the balance of manufacturers reporting increased export orders at its lowest in a decade and domestic sales at their lowest since 2011. Cash flow was also proving a problem for many manufacturers.

The BCC report found that the balance of firms in manufacturing that were increasing investment in training had fallen to its lowest level since the first quarter of 2010. It used the findings to “implore” Westminster to do everything in its power to “avoid a messy and disorderly Brexit, while at the same time taking bold action to incentivise investment”.

Suren Thiru, head of economics at the BCC said: “Our findings point to a worrying drop-off in UK economic activity, with unrelenting uncertainty over Brexit and a notable slowing in global growth prospects dragging down almost all the key indicators in the quarter.”