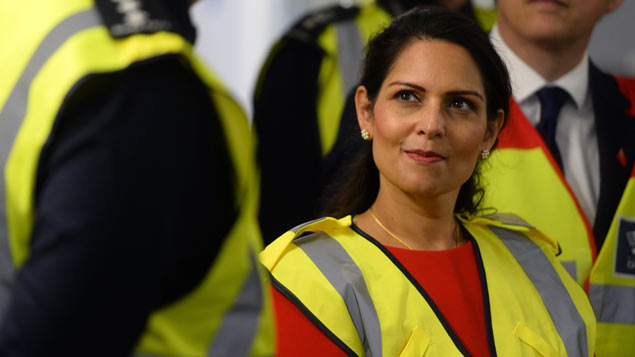 The government has been forced to scrap plans to immediately end freedom of movement for EU nationals after Brexit after lawyers warned it would have a 70% chance of losing a court case brought against it.

Home secretary Priti Patel last month said freedom of movement would end at midnight on 31 October, which would catch out any EU national who had not been granted settled status by this point.

But according to the Sunday Times, lawyers have told the Home Office that the upcoming Immigration Bill, which it would use to end freedom of movement, would not become law in time for the Brexit deadline.

Following this warning, the Home Office instead planned to use provisions in the European Union Withdrawal Act to change the law without introducing primary legislation, but legal experts said this would likely result in the government being taken to court.

If it lost the case, which the lawyers believed would be the most likely outcome, the courts could then “unwind” the 500 other measures that have been enacted using the same powers under the Act.

A government source told the Sunday Times: “The legal advice was that this would not be an appropriate use of the powers and there would have to be an affirmative vote in both houses of parliament for it to happen.”

Jane Golding, co-founder of the British in Europe group, which represents UK citizens living in the EU, said ending freedom of movement on 31 October would have had consequences for British expatriates.

She told Radio 4’s Today programme: “When the home secretary made her announcement that freedom of movement would end abruptly, that caused us a lot of anxiety.

“The EU 27 are watching to see how their citizens are treated: that could’ve had consequences for how we were treated.”

She said a no deal situation would result in 27 different no deal contingency plans being enacted, which would mean there would be no coordination on healthcare or social security arrangements for UK nationals residing in the EU unless the UK negotiates these.

In a statement that failed to address the lawyers’ concerns, the Home Office said: “Freedom of movement as it currently stands will end on 31 October when the UK leaves the EU, and after Brexit the government will introduce a new, fairer immigration system that prioritises skills and what people can contribute to the UK, rather than where they came from.”