By Jo Faragher on 11 Apr 2019 in Brexit, Right to work, Latest News, Immigration 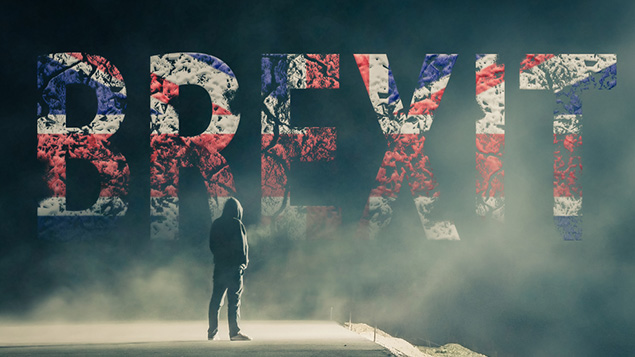 Will the proposed Halloween exit date prove a nightmare for employers?

The UK and the EU have agreed a “flexible extension” of Brexit until 31 October, but will this Halloween exit date mean further nightmares for employers? Jo Faragher reports.

The jokers were out in force this morning when it was announced that Theresa May had agreed a flexible extension to Britain’s exit from the EU for 31 October. “Trick or Treaty” was a popular pun on social media channels, while Brexiteer Jacob Rees-Mogg commented that there was “some symbolism” in the Halloween extension when the original date had been set for 29 March.

Updated: How to prepare for Brexit

The Prime Minister said she hoped that a parliamentary majority on a withdrawal agreement could be agreed before then, while European Council president Donald Tusk urged the UK government to “not waste this time”.

Carolyn Fairbairn, CBI director-general, said that while the extension meant “an imminent economic crisis has been averted”, but it needed to mark a fresh start.

“More of the same will just mean more chaos this autumn,” she said. “Businesses will today be adjusting their no-deal plans, not cancelling them.”

Edwin Morgan, interim director general of the Institute of Directors, echoed this sentiment, saying: “Confirmation of a further extension removes the immediate threat of no deal, but will bring little comfort for businesses when so much remains up in the air.

“Firms don’t want to see more of the same. They want to see politicians build consensus around a way forward that finally breaks the cycle of indecision.”

So while the government has been given an extra six months to negotiate a Brexit deal on which it agrees, what does this mean for employers’ preparations?

It is important that employers continue to encourage and support EU staff in the UK  to apply under the EU settlement scheme and to continue to update UK staff in the EU on what they should do between now and October” – Nicholas Rollason, Kingsley Napley

Jonathan Beech, managing director of immigration specialists Migrate UK, said that any staff who would need to acquire settled status should still apply under the EU Settlement Scheme (or for permanent residency) as normal.

Under the current guidance, this suggests they will still be able to apply for a permanent residence document up to 31 December 2020.

The EU Settlement Scheme still stipulates a deadline for applications of 30 June 2021, and if the UK leaves the EU without a deal, employees will need to have been living in the UK by 12 April 2019. The no-deal deadline for applying will be 31 December 2020, according to the government’s website.

However, Beech added that the extension should not be used as an excuse to put things off.

“Employers must avoid complacency and identify and forecast vacancies well in advance. While this could still be seen as yet another stay of execution for EU citizens, Theresa May wants to finalise a deal well before 31st October.”

Nicolas Rollason, partner and head of business immigration at Kingsley Napley, agreed that the extension would provide “breathing space” but that should not mean employers take a back seat.

He said: It is important that employers continue to encourage and support EU staff in the UK  to apply under the EU settlement scheme and to continue to update UK staff in the EU on what they should do between now and October. With no consensus emerging in Parliament, even in the face of an imminent cliff edge, it could well be the case that the UK is in the same position come 31 October.”

In terms of the influence of EU law over UK legislation, the extension will make little practical difference to employers, said James Tamm, director of legal services at law firm Ellis Whittam.

“Even though a significant proportion of UK employment law is derived from the EU, it is enshrined in domestic legislation and that would not have been immediately affected by Brexit,” he said.

“What we do have, and what is perhaps more costly for employers, is continuing uncertainty which is bad for investment and growth. It will be difficult for business to plan for the coming financial year without being sure whether we will be in or out of the EU come 1 November. What happens to imports and exports after that date and what about employers who rely on migrant workers from the EU?”

Deal or no deal?

He added that the fact a ‘no-deal’ scenario looking less likely did have one silver lining: “Some kind of deal seems the most likely outcome, which will probably bring with it guarantees for workers from the EU (in line with the current Settlement Scheme) and some form of trade protections.

“Perhaps with that in mind, the best thing business can do is plan as normal but ensure they have emergency contingency plans in place to combat any disruption from no deal.”

[The delay] will inevitably have a knock-on effect in terms of causing delays to the government’s plans for employment legislation and inevitably leaves questions hanging over workers’ rights under, as yet unclear, future deal arrangements” – Julian Cox, iLaw

Annabel Kaye, director of law firm Irenicon, said one of the challenges for employers would be in attracting and recruiting EU nationals “who have no idea of their status from month to month”.

She said: “October is OK for seasonal workers (many of whom will already have accepted offers to work elsewhere), but people with families and commitments are not going to want to arrive and find they may have to leave due to a change in their status.

“Employers need some forward plan for manpower planning. Few of us can cope on a month by month basis. Some key sectors are already seeing a decline in EU workers – from agriculture to the NHS. Brexit is not the only factor but it is a big one.”

A further consequence will be how the delay impacts progress on domestic legislation, said Julian Cox, head of employment law at iLaw.

“It will inevitably have a knock-on effect in terms of causing delays to the government’s plans for employment legislation and inevitably leaves questions hanging over workers’ rights under, as yet unclear, future deal arrangements,” he said.

Cox added that for many employers, the extension “could restrict their appetite for investment in staff training and recruitment, which could, in turn, lead to inertia in terms of economic growth”.

Much of the legislation based on the suggestions made in the Taylor Review, for example, has been sidelined while the government concentrates on securing a deal, although a long-delayed consultation on public sector exit payments was announced yesterday.

Paul Lott, assistant solicitor in the disputes and employment team at law firm Gordon Brown added that there could be some issues over ongoing cases.

“The biggest problem is for those ongoing cases and issues currently being decided in the domestic courts, whereby guidance would normally be expected from the EJC, but following any departure from the EU the influence is expected to be greatly reduced,” he explained. “Whilst the UK remains a part of the EU it will continue to be bound by the decisions of the ECJ, and consequently the current delay may influence the outcome of decisions reached in domestic courts and lead to delays in proceedings, until the position is resolved.”

Given that an imminent no-deal exit was a realistic prospect until this extension was agreed, perhaps “more of the same” is the best that can be expected.