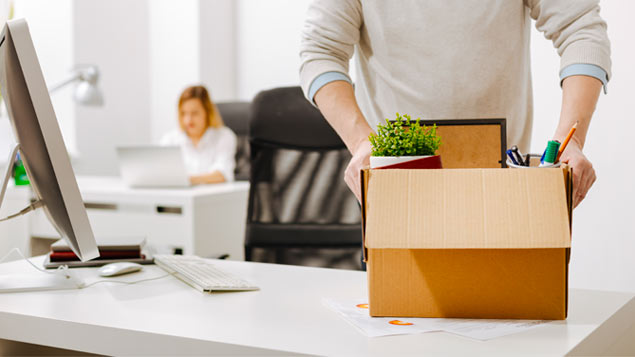 Almost half of employees think their employer will make redundancies over the next year, fearing Brexit will result in financial instability.

Four in 10 staff claimed the UK’s plan to leave the EU – now delayed until 31 October – has resulted in their employer cutting jobs and 49% believed more redundancies would follow over the next 12 months, according to a survey commissioned by Glassdoor. Almost the same proportion (48%) feared their job might be next.

Employees are evidently conscious of the impact Brexit uncertainty has on organisations, as half suggested it has had a negative effect on their company’s performance. This has translated into 57% of staff reducing their personal monthly spending in case their role is made redundant.

“Many UK employees are anticipating job cuts and are naturally concerned, prompting them to reduce their financial outgoings. Despite current low unemployment levels, this likely means the UK labour market is experiencing uncertainty and that looks set to continue well into the next financial year,” said John Lamphiere, EMEA managing director at Glassdoor.

He thought employers would need to work harder to recruit in the short term, as 62% of employees said they did not plan to look for a new role until the job market looks more stable.

“However, it may well be that knowledge workers, in other words those leveraging specialised skill sets or capabilities and being career-focused, would be more open to a job move.

“With roughly half the workforce worried about Brexit having a negative financial impact on their employer, it might be a good time for companies to engage with their employees to reassure them about jobs, growth and business momentum,” he said.

Just 11% of employees said their employer had clearly communicated its Brexit strategy to staff, according to research published last month, suggesting that the majority of workers are being left in the dark about their organisation’s plans.

However, London-based recruitment consultancy Tiger Recruitment said it had seen a 29% month-on-month rise in new roles being advertised in the first two weeks of April, which it claimed was highly unusual for that time of year.

“It seems that many employers had put their growth and hiring plans on hold until a Brexit deal was agreed, but the latest delay has convinced many to plough on regardless,” explained CEO David Morel.

“Not only do they now have six months’ reprieve until the new deadline, but smart businesses have also decided to break out of the ongoing limbo they’ve found themselves in over recent months. By ramping up their hiring, they’re taking back control of their business fortunes.”

The number of EU nationals working in the UK fell by 61,000 in the last quarter of 2018, prompting recruitment consultancy Robert Half UK to warn employers that they needed to adopt flexible hiring strategies to attract quality candidates.