Vulnerability of UK manufacturing to Brexit revealed by new study 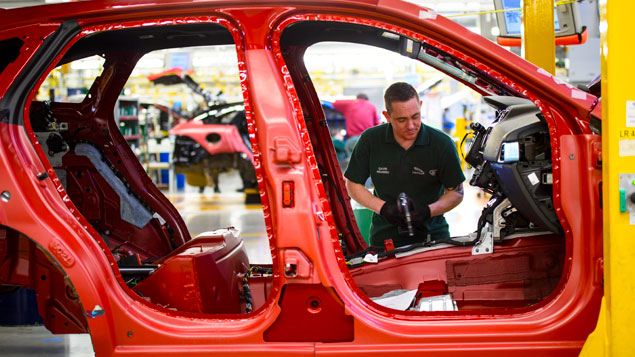 Regions with a high dependence on exports to the EU have been highlighted as being likely to be hit by job losses if there is a no-deal Brexit.

The annual MakeUK/BDO Regional Manufacturing Outlook report suggest that Wales and two English regions, the North East and Yorkshire and Humber, have very high exposure to trade with the EU (between 60% and 70% of all output).

The East Midlands follows with manufacturing accounting for almost a fifth of its economy and the EU being its biggest market, accounting for just over half its exports. Despite the East Midlands’ low productivity (84.5% of UK average) it was the region that in the last four quarters improved its position the most,  with output rising and increased orders from the domestic market. But, in common with other regions, stockpiling activities had artificially boosted its performance and the projection for future orders were not a cause for optimism.

Because Wales and the North East contain some of the most economically deprived areas of the UK, a hard Brexit would be particularly damaging in those regions, the report’s authors found. A large proportion of the problems of Wales, the West Midlands and the North East in terms of recruitment plans was because of difficulties in the automotive sector, with significant declines in output, orders and investment levels.

Scotland, London and the South East performed strongly in terms of productivity but the most productive region in the UK was the North West (114.5% of the national average), with its high value sectors including pharmaceuticals and aerospace.

Report authors identified a clear link between region performance, exposure to sectors such as electronics and global trends of investment in robotics and artificial intelligence. This was the reason why London and the South East was the best performing region overall.

2017 saw a relatively strong performance from manufacturers, according to the study, but the automotive sector’s problems were spilling over to other industries that were part of the supply chain, such as mechanical equipment and the metals sector.

Head of manufacturing at services giant BDO Tom Lawton said there were many forces hindering the performance of UK industry at present: “The long-term uncertainties around Brexit, minimal progress on the government’s industrial strategy, technological disruption, skills shortages and heightened global competition are all taking their toll on the performance of manufacturers across the UK.”

Stephen Phipson, chief executive at Make UK, formerly called the Engineering Employers’ Federation, said: “Although Brexit stockpiling put manufacturing on steroids for a little while, the industry has since gone almost cold turkey and the overall picture over the last year now shows Brexit, global trade wars and the economic downturn in major markets are menacing UK manufacturers.

“In particular, there are some regions of the UK with a very high exposure to trade with the EU and who are likely to suffer a disproportionate double whammy to their economies and jobs from a damaging ‘no deal’ exit.”