Should salary history questions be outlawed? 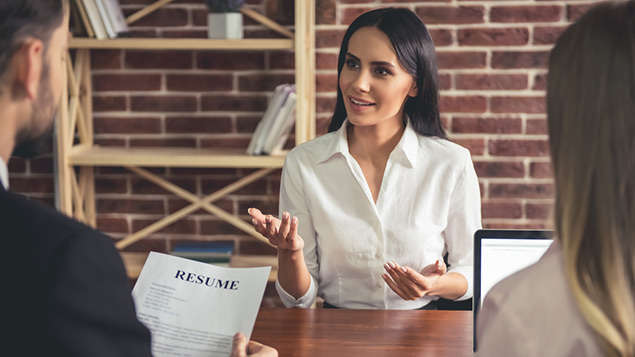 Ending employers’ ability to ask candidates about their salary history could help tackle gender and ethnicity pay gaps, writes Jon Heuvel, but there are doubts over whether the law is really the best way of dealing with the issue

Cincinnati, Ohio, recently became the latest in a series of states and cities in the US to announce that it would ban employers from asking applicants about their salary history or current earnings. Introduced to reduce discrimination against job applicants and nip gender pay inequality in the bud, it may not be long before we hear calls for similar legislation to be implemented in the UK.

Could such a legislative approach help to stop women becoming trapped in a cycle of low pay? What other measures are needed?

Last year, a YouGov survey of employers found that nearly half ask prospective employees about their current salary. With an ever-increasing media focus on the UK’s gender pay gap, many believe that this employment practice is perpetuating the issue.

In an ideal world, the salary offered to a prospective candidate would be solely based on their skillset, experience and the value attributed to the work in the eyes of the employer. In reality, however, when faced with two candidates of a similar calibre, an employer’s decision will often come down to a question of cost. Although there are several good reasons why one candidate may have been paid more than another in the past – for example, higher living costs in their city –this may be a result of gender discrimination.

In theory, banning questions about a candidate’s salary history could have benefits for employees and employers alike. As well as ensuring that individuals are paid a fair salary for their job, such rules could help employers to reduce their gender pay gap as well as avoid the risk of discrimination claims being brought against them. However, it’s important to give careful thought to how any such legislation would work in practice.

In order to have any real impact, proper consideration needs to be given to the sanctions which might be imposed for breaching any new rules. By way of example, take the 2015 Modern Slavery Act, introduced to combat slavery in businesses and their supply chains. Although the Act obliges companies to publish a statement demonstrating the steps they have taken to combat slavery, there are no legal consequences even for those who have taken no steps whatsoever to reduce modern slavery in their business.

Introducing a ban on salary history enquiries that similarly relies solely on employers succumbing to peer pressure would likely prove ineffective in the long-term.

One argument against outlawing salary history enquiries that is sometimes advanced is that such a ban could make it harder for employers to evaluate whether a candidate has the right skillset for a role. However, the danger with this approach is that it risks perpetuating historic gender pay inequality because a false assumption may be made that a candidate on a lower pay bracket is less skilled than another, higher-paid, individual.

In many of the US jurisdictions that have already imposed bans of this nature, it is not expressly unlawful to ask a candidate applying for a role about their salary aspirations for that role. However, even this sort of question is not without issue – if an individual has been repeatedly underpaid because of historic inequality, their expectations as to future pay may be correspondingly lower.

It’s important to be aware that the issue of gender pay inequality is a deep-rooted cultural and behavioural one, and therefore can’t be solved by legislation alone. Even if employers are banned from inquiring about a candidate’s salary history, there’s nothing in practice to stop them from offering a female candidate less money without this information, simply on the basis of her gender.

Efforts to address this problem should therefore form part of a wider process of education, and it should be accepted that change won’t happen immediately. Employment bodies such as the Advisory, Conciliation and Arbitration Service (ACAS) and industry bodies have a responsibility to provide businesses with guidance and discourage practices which perpetuate – and potentially even exacerbate – the UK’s gender pay problem.

When there comes a time when Brexit no longer dominates the governmental agenda, we may well see attentions turning to the issue of pay inequality, not only on grounds of gender, but also on ethnicity, and a move to emulate developments in parts of the US by placing restrictions on salary history enquiries could be the proposed solution. While such legislation would certainly be a step in the right direction, it could introduce its own complications, and it’s important to bear in mind that a change in the law isn’t an instant fix to ingrained attitudes and behaviours in the workplace.

A transformation won’t happen overnight, but taking steps to educate employers and persuade them that salary histories belong in the past will certainly help to level the playing field between male and female candidates, once and for all.

One Response to Should salary history questions be outlawed?